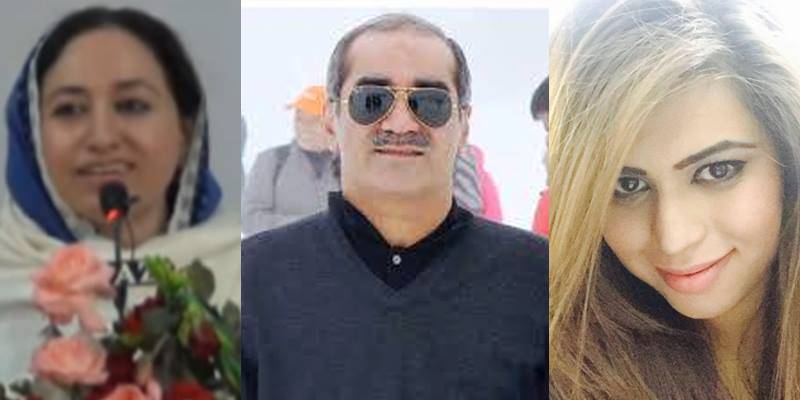 LAHORE - Former Railways Minister Khawaja Saad Rafique is paying the price of disclosing his second marriage as his first wife has taken back her nomination papers for the upcoming elections.

The political leaders are declaring all their personal information and dependents in their papers in order to wade through Article 62 and 63 and Rafique had mentioned in papers that he had married Dr Shafaq Hira, a TV anchor associated with satte-run PTV.

The withdrawal of nomination papers by Ghazala Saad as a covering candidate is confirmed, however, it is not clear yet whether she took the step to express her anger against or for some other reasons.

Though Saad did not admit polygamy when rumors swirled regarding his second marriage in 2016 but the election scrutiny put him between a rock and a hard place, prompting him to disclose the relationship with Shafiq Hira.

Mrs Ghazala Saad Rafique, first wife of Khawaja Saad Rafique, has been elected as Member of Punjab Assembly in general elections 2008 against one of the seats reserved for women.

The Election Commission of Pakistan has concluded the inital scrutiny of nomination papers on Tuesday following which appeals are being heard by the polls watchdog.