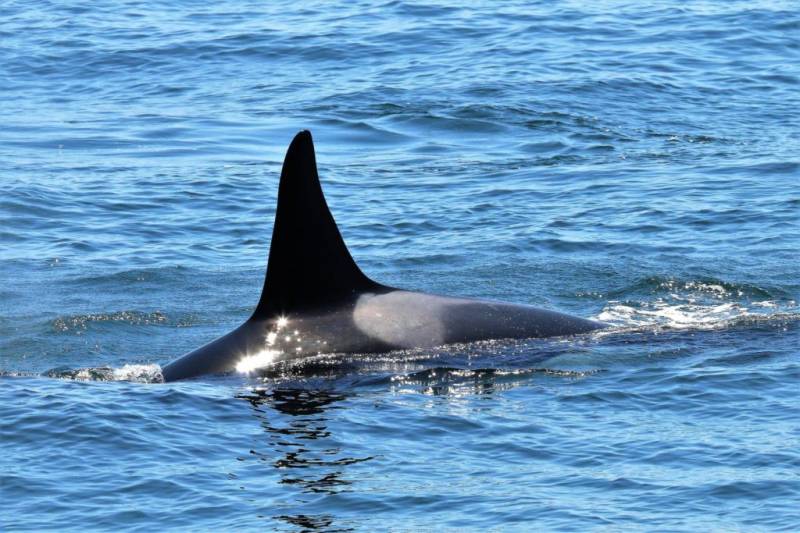 KARACHI - To the surprise of marine life experts, a gigantic killer whale was sighted off Churna Island in the Arabian Sea, ARY News reported on Monday.

Fishermen recorded footage of the whale, which is also known as Orca, some kilometers away from Churna. WWF-Pakistan has confirmed sighting of the mammal animal.

Killer whale is the largest member of Dolphin family and it is an apex predator which means that it preys on other animals but no animal preys on it.

While killer whales are generally not considered a threat to human, but they have reportedly killed and injured some people.

Earlier, an independent observer spotted a whale shark, 10 nautical miles from Karachi Harbour. The number of whale sharks has plummeted by 50 percent over the last 75 years in the world.