Pakistan lodges protest with US diplomat over Trump's statement 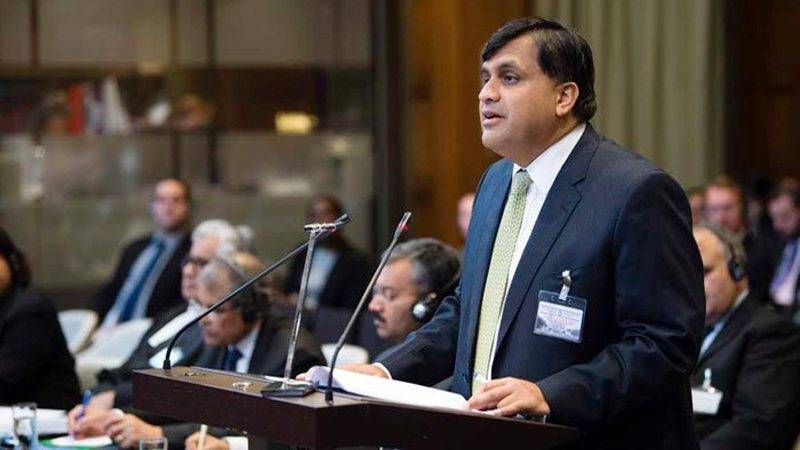 ISLAMABAD - Pakistan's Foreign Office summoned the United States charge d'affaires in Pakistan to lodge a protest over a recent statement by US President Donald Trump regarding terrorrism.

Foreign Secretary Tehmina Janjua conveyed government's disappointment on the recent tweets and comments by the US president in which he had shown mistrust over the country in its efforts against terrorism.

'Such baseless rhetoric about Pakistan was totally unacceptable', a statement issued by the FO read.

'Rejecting the insinuations about Osama Bin Laden, the foreign secretary reminded the US charge d'affaires that it was Pakistan's intelligence cooperation that provided the initial evidence to trace the whereabouts of OBL,' the press release stated.

Foreign Secretary told the US official that no other country had paid a heavier price than Pakistan in the Global War on Terror (GWOT).

The statement continued that the US leadership had acknowledged Pakistan's cooperation by which top al Qaeda leadership was eradicated for regional peace.

"The US must not forget that scores of top al Qaeda leaders were killed or captured by active Pakistani cooperation. Pakistan's continued support to the efforts of international community in Afghanistan through ground/ air and sea lines of communication was unquestionably critical to the success of this Mission in Afghanistan," the statement added.

"In the wake of recent US pronouncements to seek political settlement in Afghanistan, Pakistan and the US were working in close coordination with other regional stake holders in order to end the prolonged conflict. At this critical juncture, baseless allegations about a closed chapter of history could seriously undermine this vital cooperation," FO asserted.

US President Donald Trump had defended his decision to block hundreds of millions of dollars in military aid to Pakistan, alleging that the country was not doing enough to fight terrorism.

After the harsh remarks, Prime Minister Imran Khan retaliated and highlighted the efforts of Islamabad in war on terror.

“The US should do a serious assessment of why, despite 140,000 NATO troops plus 250,000 Afghan troops and reportedly $1 trillion spent on war in Afghanistan, the Taliban today are stronger than before,” Imran Khan said.