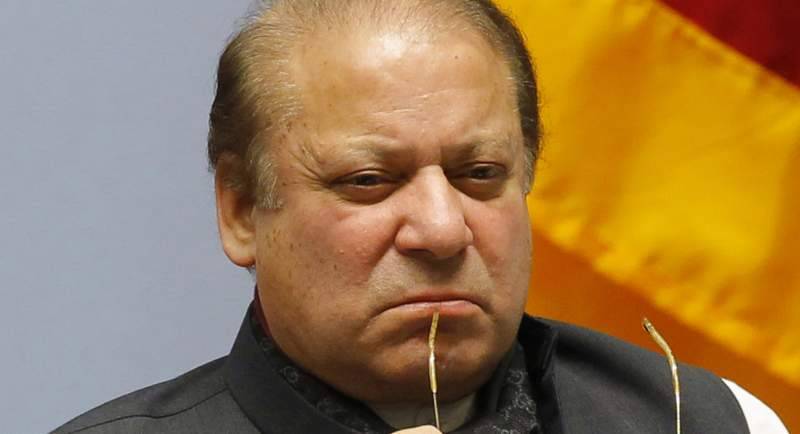 Judge Mohammad Bashir conducted the hearing of one of the three references filed by the NAB following the orders of the Supreme Court issued in the July 28 Panamagate verdict.

Zafir Khan appeared before the court as legal representative of the former premier, who is in London to visit his ailing wife, Begum Kulsoom Nawaz.

The judge read the charges in the presence of the pleader, besides declaring the ex-PM's sons - Hassan and Hussain Nawaz - proclaimed offender in the Flagship reference as they failed to show up in the court. The court had also declared them absconder during Oct 9 hearing of the references.

The trial in the case will be started from October 26, while the court has summoned prosecution witness Jahangir Ahmad, an Inland Revenue officer, for recording his statement.

According to charge sheet, Nawaz Sharif remained chairman of Capital FZE, a company owned by his son, during 2007 to 2014. It is the same company on which the Supreme Court had disqualified the former premier for having association, which was not declared in nomination papers.

It adds Hassan and Hussain Nawaz were under the guardianship of Nawaz during 1989-90 when benami properties were purchased in their names.

However, Khan denied the allegations pleading not guilty and vowed to face the trial in the case.

The former premier had been indicted in his absence as he was in London to visit his ailing wife, Begum Kulsoom Nawaz. The court read the charges in presence of his legal representative Zafir Khan.

Zafir Khan, Maryam and Safdar, who attended the court hearing, rejected the accusation and vowed to defend the allegations.

On Thursday, during the hearing, Maryam Nawaz and his husband’s counsel, Advocate Amjad Pervaiz asked the court not to indict his clients as the NAB did not provide complete documents in the case. He added that Volume XI of the Panamagate JIT was also missing.

However, the NAB prosecution urged the court to indict them today.

A separate application was also filed by Khawaja Harris’s assistant on the behalf of former prime minister asking the NAB court to delay the indictment until the Supreme Court decides an application to club all NAB references.

Harris’ assistan Ayesha Hamid argued that all references were based on single JIT report and some witnesses in the cases are same; therefore, all references should be clubbed.

The court after hearing the arguments rejected the both pleas to suspend the proceedings of the reference.

The hearing of the Avenfield properties case was then adjourned until October 26.

On October 9, Maryam Nawaz and her husband Captain (retd) Safdar appeared before the accountability court for the first time in a reference filed by the NAB regarding Avenfield apartments in London, but the former premier could not appear in court.

During the hearing, the court granted bail to Maryam and Safdar against surety bonds and summoned them on October 13 for indictment.

The court had granted a single-day immunity to Nawaz Sharif for physical appearance but announced that it would indict Nawaz Sharif if he fails to appear on the next hearing day scheduled for October 13.

The prosecution team on October 9 presented the report in court regarding implementation of court orders and informed the court that the authorities could not arrest them as they are abroad.

The judge taking notice of their willful avoiding the court hearing in the NAB references ordered separating their trial from rest of the accused and directed for starting the process to declare them proclaimed offenders.

The court had also issued perpetual arrest warrants for Hassan and Hussain Nawaz and also declared both the brothers absconders in a reference related to the posh London apartments.

However, the hearing of Oct 13 was adjourned without proceedings due to a brawl erupted between security official and lawyers after they were barred from entering the federal judicial complex.