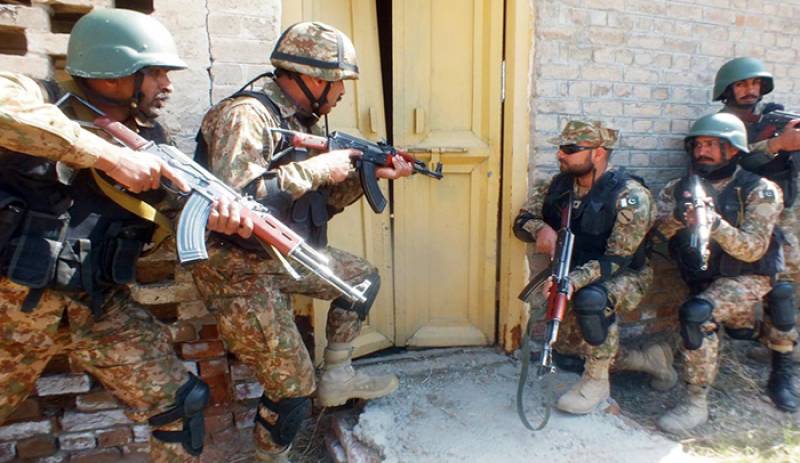 RAWALPINDI - The law enforcement agencies have rounded up 26 terrorists and their abettors while one terrorist was killed in search operations in different parts of the country as a part of Operation Radd-ul-Fasaad.

The Frontier Corps Balochistan conducted intelligence-based operations (IBOs) in Ghulam Pring (Killi Kungar) in Mastung and Rojhan Jamali on terrorist hideouts and arrested seven terrorists, while one was killed in the exchange of fire, reported media wing of the military, Inter Services Public Relations (ISPR).

The FC also recovered a huge cache of arms and ammunition including explosive recovered.

As many as 19 terrorists and their facilitators were apprehended and a large number of illegal weapons and ammunition of different calibres was recovered.