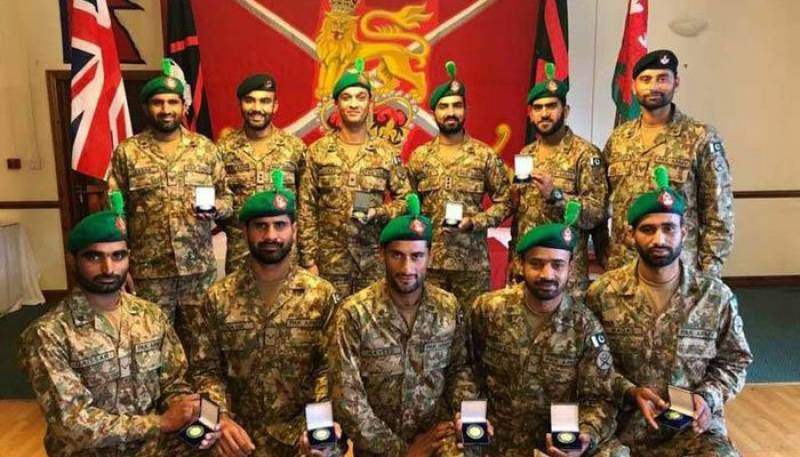 RAWALPINDI - The Pakistan Army team secured a gold medal in the Exercise Cambrian Patrol competition held in the United Kingdom this month, the Inter-Services Public Relations (ISPR) said on Friday.

This is the second successive medal Pakistan has won in the yearly exercise while procuring four medals in total.

A total of 131 army teams from across the world participated in the event.

The gruelling patrolling exercise is organised and run by the British Army, is physically and mentally demanding as the participants have to cover a distance of 80-kilometres in 48 hours while trekking through the rugged Cambrian mountains in Wales.

Cambrian Patrol is also the highlight of the British Army training calendar.

The exercise is an annual event organised and run by 160th Infantry Brigade and Headquarters Wales, based in Brecon.

According to the British Army, the exercise is unique, world-class and the largest of its kind with some foreign entrants having to claim the right to take part in the UK by winning through their own domestic competition.