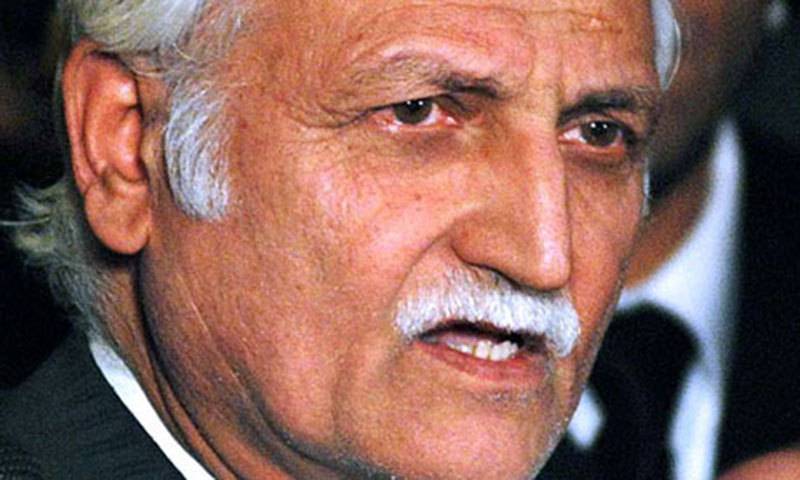 The senior politician, however, did not comment on this development. But, he raised some questions over parliamentarians visit to the General Headquarters (GHQ) last month.

Babar, after his resignation, said that GHQ was asked to produce documents by the parliament. However, it was told that the documents are of sensitive nature thus can't be brought out of the GHQ. But can the GHQ not ensure security of sensitive documents for even 15 kilometers? asked the Senator.

"GHQ should come to the parliament rather than the parliament visiting the GHQ", he said. Senator Farooq H. Naik has been nominated to take Farhat's place.

Last month, members of the standing committees of defense of Senate and National Assembly has visited the GHQ, where they met high command of army. During this visit, Army Chief Gen Qamar Javed Bajwa had said that he wanted an increased interaction with the parliament.