Women gives birth outside Lahore hospital after being denied entry 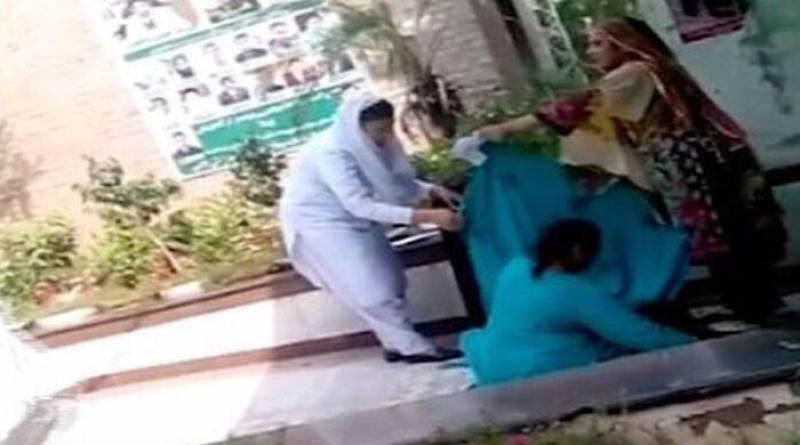 LAHORE - A woman gave birth in the premises of a hospital in Lahore on Friday after staff denied her treatment as she did not have the required hospital card.

The incident took place at Sir Ganga Ram Hospital three days after a woman was forced to give birth outside the hospital in Raiwind.

Shabana Riaz reached the hospital along with her husband following labour pain but she was refused entry into the labour room, being forced to gave birth a baby boy on the stairs of the hospital.

Even after the delivery, the hospital staff did not provide treatment to the newborn, until he started facing breathing problems. Now, both mother and child are safe.

He also ordered the authorities to form a committee to prove the issue.