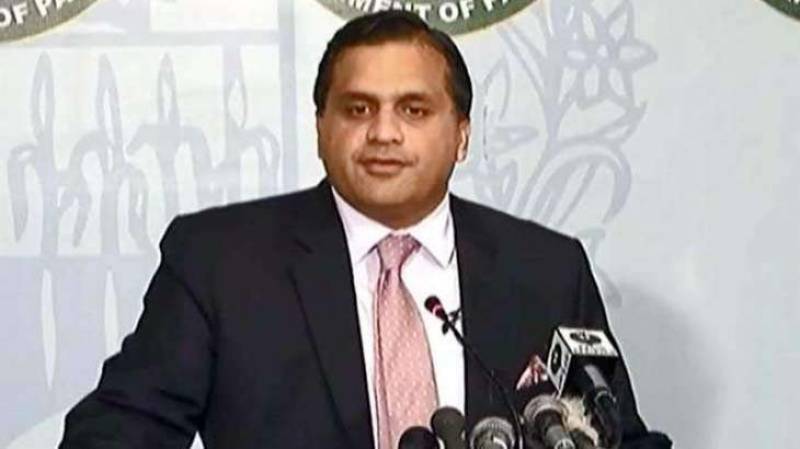 Apparently, the BJP is busy in hurling false allegations at Pakistan amid the election going to be held in Haryana and Maharashtra on October 21 just to divert the public attention from real issues plaguing the society.

The focus of the Prime Minister Narendra Modi-led party in the whole election campaign, as usual, remained on Pakistan with a baseless tirade.

However, the foreign office has rejected all the allegations in a statement and said: "The anti-Pakistan tirade of the BJP leadership has continued as the electoral process in the Indian States of Haryana and Maharashtra advanced".

It highlighted, "In successive election rallies in recent days, Pakistan has been invoked repeatedly".

"Statements have been made regurgitating baseless allegations of Pakistan’s support to terrorism and drug smuggling, threatening stemming the flow of river water to Pakistan, and taking credit for Pakistan’s historic decision of opening of Kartarpur Corridor".

"We categorically reject these allegations and threats as well as distortion of history and facts," read the official statement.

It is a question worth pondering by all concerned whether the current BJP rulers in India have anything else to sell to the electorate other than their animus towards Pakistan, lamented Islamabad.

It further said, "As we have repeatedly emphasized, the instrumental use of Pakistan for domestic political gains and electoral dividends must come to an end in India".

Pakistan is not the only one which has raised concerns over the BJP's objectionable election strategies, the second largest political party of India also have the same views about it.

A leader of the Indian National Congress, earlier today, hit out at the BJP and said that under the Prime Minister Narendra Modi's government, a "surgical strike" always happens just before the elections.

His comments come hours after India resorted to unprovoked firing along the LOC targetting the common people.

Earlier this week, Modi while speaking at an election gathering in Haryana threated that India would not allow its water to flow to Pakistan in defiance of the Indus Water Treaty brokered by the World Bank.

India will not allow water to flow to Pakistan, threatens Modi

The BJP leader said he ‘will stop this water’ (from flowing into Pakistan), adding that the farmers of Haryana and Rajasthan have the rights over the water that is flowing to Pakistan and was not stopped by successive Indian governments.