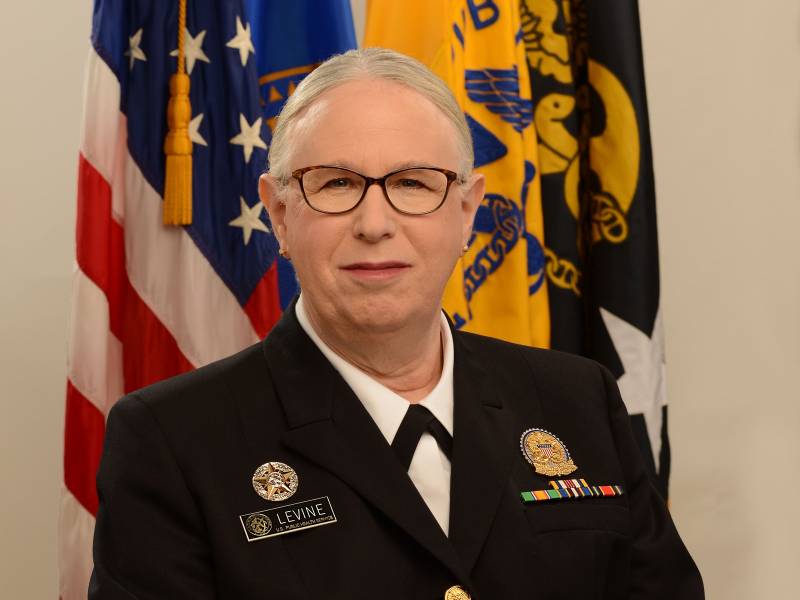 WASHINGTON – US assistant health secretary Dr. Rachel Levine Tuesday was sworn in as first transgender four-star admiral in one of the country’s eight uniformed services.

The 63-year-old became the highest-ranking official in the US Public Health Service Corps that is responsible for sending government medical officials to respond to health crises or natural disasters, the US department of health and human services said.

Levine — who plans to regularly wear the blue uniform of the corps — delivered remarks after being sworn in.

“May this appointment today be the first of many more to come,” the new admiral said. “Diversity makes us stronger.” pic.twitter.com/JepXrOcFZH

“I am so impressed by the dedication, the commitment, and the expertise of the officers and the United States Public Health Service Commission Corps. And it is truly an honor to lead them and to serve with them,” she said in an interview with a radio service.

“I think this is symbolic of that commitment and for transgender youth and other transgender individuals that there are no glass ceilings and no limitation to what we can achieve,” Levine said added while terming her appointment as part of the incumbent administration's commitment toward diversity, and equity.

Levine went on to say "I stand before you in this uniform ready to be a beacon in these dark days of Covid-19, working to serve you and this great nation".

NEW YORK – Colin Powell, the first black US secretary of state and top military officer, died on Monday from ...