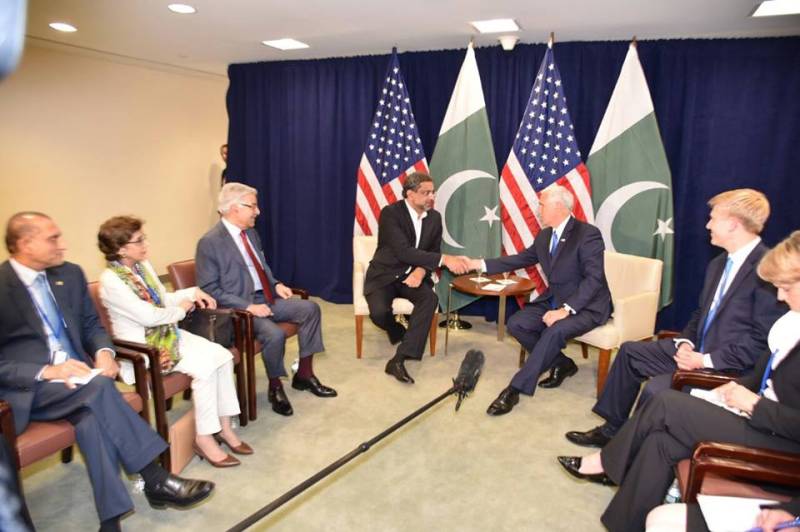 NEW YORK - Prime Minister Shahid Khaqan Abbasi seems to be ignoring the traditional attire of high-profile meetings as he avoided wearing a tie with his well-pressed suit during the interaction with US Vice President Mike Pence on Tuesday.

Abbasi, who arrived in New York to attend the 72nd session of United Nations General Assembly had an official meeting with US VP, Mike Pence in which matters of mutual interest. His companions including Foreign Minister Khawaja Asif and Ambassador to the United States Aizaz Ahmad Chaudhry were wearing professional attire. 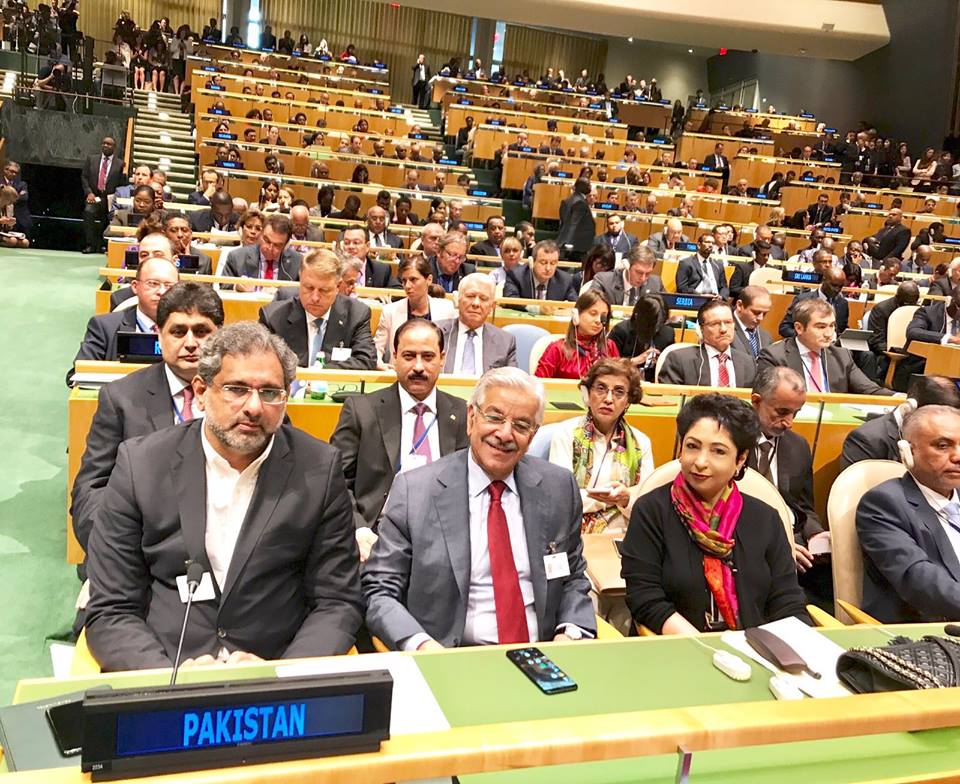 Interestingly, ever since the premier arrived in New York, he wore a tie-less suit as his photo captured during the opening session of General Debate of 72nd Session of the UN General Assembly suggested the same. 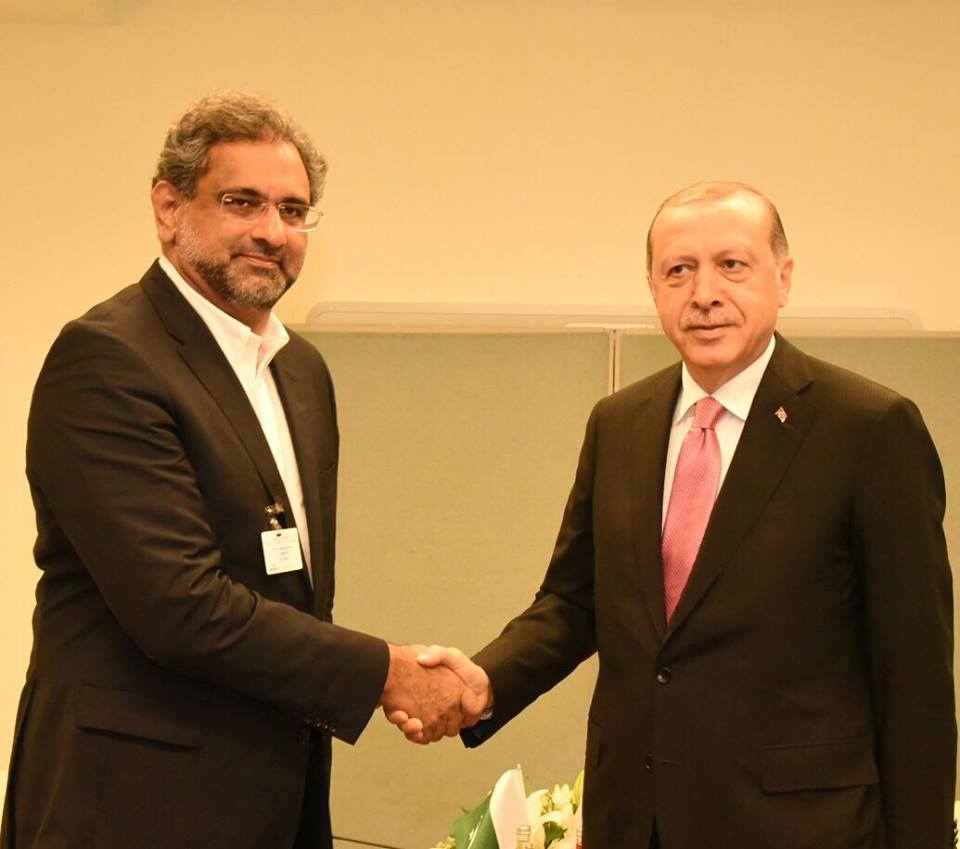 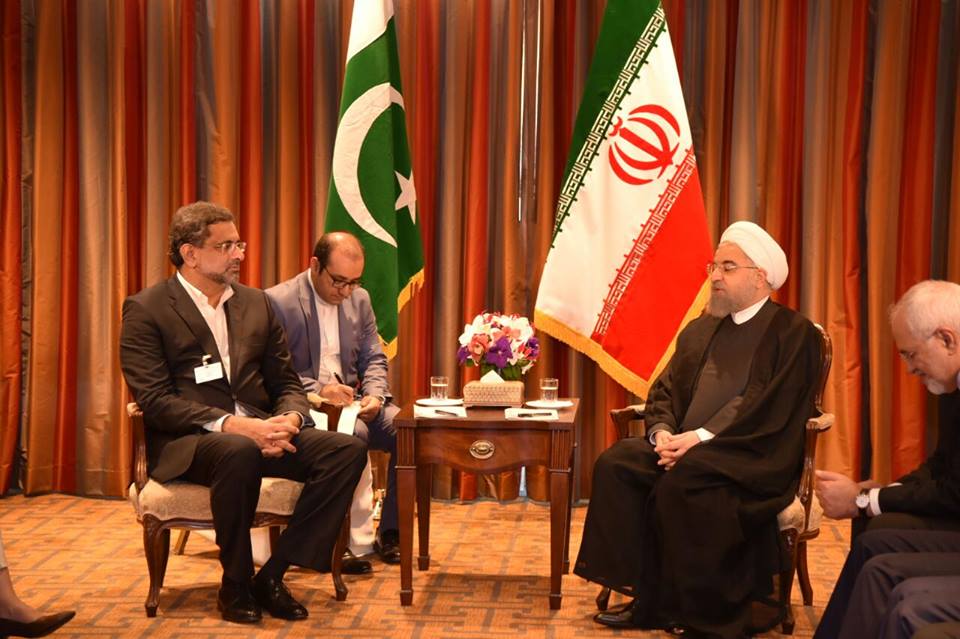 Browsing through the recent engagements of premier Abbasi, it is evident that he skipped the accessory during his complete tour.