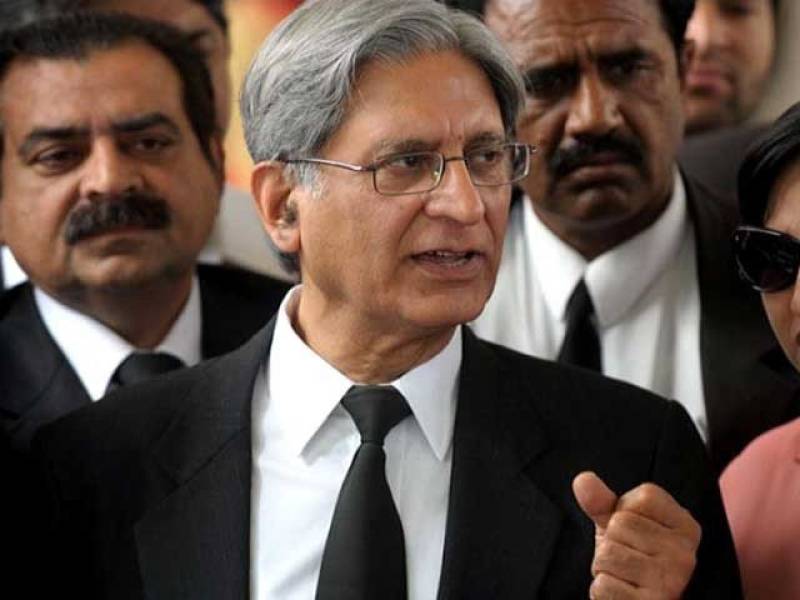 Chairing a meeting of the party in Lahore, PML-N President Shehbaz Sharif rejected Aitzaz Ahsan as opposition’s candidate for president and said that the PPP did not take PML-N into confidence over the matter.

Aitzaz was at the forefront to divide opposition during the 2014 sit-in protest by the Pakistan Tehreek-e-Insaf (PTI) against then PML-N government, he said, adding that party will place their own candidate for the race if no consensus is reached with PPP.

It was further decided that presidential candidate would be nominated after consensus and through opposition Alliance. If the PPP fails to develop consensus over it, PML-N will nominate Abdul Qadir Baloch for the slot.

Alliance of opposition parties will meet in Islamabad or Murree on August 24 to discuss presidential polls.

Farhatullah Babar of PPP said that Aitzaz Ahsan is not the final candidate, adding that speculations regarding the presidential candidate should be avoided.

A day earlier, Shehbaz was notified as Leader of Opposition in the National Assembly.