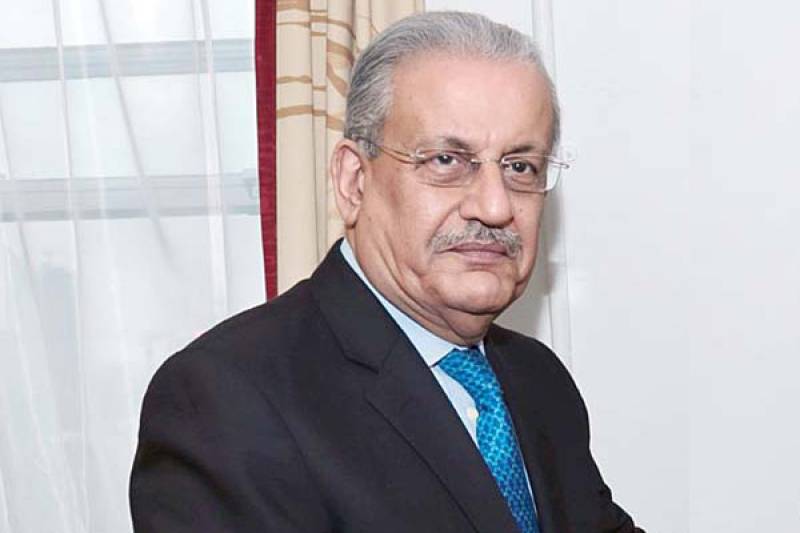 ISLAMABAD - Senate Chairman Mian Raza Rabbani has taken notice of the details disclosed by senators about the recent  in-camera session of the upper chamber of the parliament clarifying that the lawmakers had taken an oath not to not leak news regarding such sessions.

A day after scores of lawmakers from treasury and opposition benches disclosed to media what the Chief of Army Staff General Qamar Javed Bajwa had said during the four-hour session, Rabbani expressed that Rule 225 prohibits the publicity of an in-camera session.

"If we keep up with the same attitude, no one will be able to take the house into confidence," the chairman said on Wednesday while chairing the session.

To this, Rabbani responded that the ISPR chief had spoken generally, without revealing details of the briefing.

Moreover, Senator Saud Majeed of the PML-N said newsmen had surrounded committee members and they were to be blamed for releasing the news, however, the chairman hit back saying it was the journalists' job to provide news to the public.

For allegedly breaching the privilege of the Senate, Rabbani forwarded the matter to the House Business Advisory Committee which will include leaders of the house and opposition in Senate and parliamentary leaders of all political parties, to investigate the matter and devise a strategy for future in-camera sessions to prevent similar situations.

The in-camera session that was convened on Tuesday was pivotal in the current political scenario as the COAS General Bajwa briefed the legislators on various issues from politics and tense civil-military ties to counterterrorism operations and foreign policy.

After the session, DG ISPR had stated that a detailed press conference would be held in a couple of days.