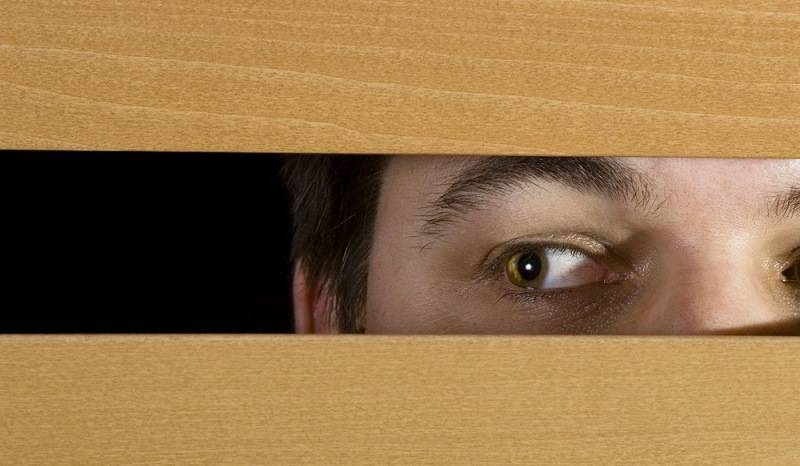 KARACHI - As the privacy of women in changing rooms at apparel stores has become an issue, another woman faced a shocking incident while trying clothes at an outlet of Gul Ahmed Ideas in Karachi .

The aggrieved woman, Sasha Scheherzade, shared her story on Facebook, explaining she visited the outlet located near Ocean Mall, Do Talwar, Karachi on Tuesday.

Scheherzade said, “I went into the trial room on the basement ladies section to try out some dresses and found this attendant hiding in a cupboard inside the ladies changing room!!!!”.

FAISALABAD - Women need to be careful while using changing rooms at garment shops, especially in Faisalabad where ...

When the woman was about to change her clothes, she noticed the movement of the cupboard door in the mirror.

She wrote, "Noticed the cupboard door moving which was reflected in the mirror as I was about to change and to my utter shock and disgust, saw this person hiding there in the small store place they have made INSIDE THE LADIES CHANGING ROOM!!!!"

She said, “I called their staff present on the floor, everyone was a witness!!! The Manager of the outlet was called over, that chap stepped out of his hiding and was taken upstairs…”

Schehrzade in her post said that the manager had promised her that he would fire the accused.

Clarification: An earlier version of the story stated that this happened at Ocean Mall Karachi, that is inaccurate. The incident happened at a Gul Ahmed outlet near Ocean Mall in Karachi. The mistake is regretted.