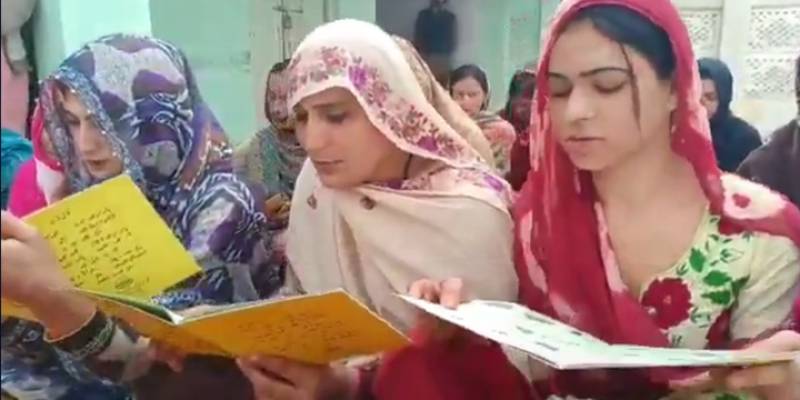 LAHORE – The Punjab government has established a school for transgender persons in Lodhran city under its Literacy Department, the spokesperson of Chief Minister Usman Buzdar announced on Thursday

Dr Shahbaz Gill also shared a video from the classroom of first government-run facility for transgender students on Twitter.

Last year in April, Pakistan had launched the first school for transgender persons in any Islamic state.

Asif Shahzad, the founder of The Gender Guardian, said that the school in Lahore having a faculty of 15 members, was imparting education to around 40 students of the transgender community.

“We will be providing skill-based training and curriculum to the transgender community that has enrolled with us,” said EFF managing director Moizzah Tariq.

There is no age limit for admission in The Gender Guardian, located in Lahore’s Defence Housing Authority (DHA).

With an aim to provide 12 years of academic education (from primary level to higher secondary level), the Foundation plans to open two more schools for transgender community in Karachi and Islamabad soon.

Access to education is the right of every person but unfortunately transgender people face discrimination in Pakistan and many struggle to find employment. Some are forced into begging, dancing or prostitution to earn money.

However, official sources from social welfare department said that Lahore and its adjoining areas had a population of roughly 30,000 transgender people.

LAHORE - A local news channel Kohenoor TV has hired a transgender newscaster in Pakistan. This would be the first time ...

Marvia Malik, a journalism graduate who has also worked as a model, said she was moved to tears when she was offered the job. She anchored her first show on private broadcaster Kohenoor on Pakistan's Day (March 23rd), after three months of training.