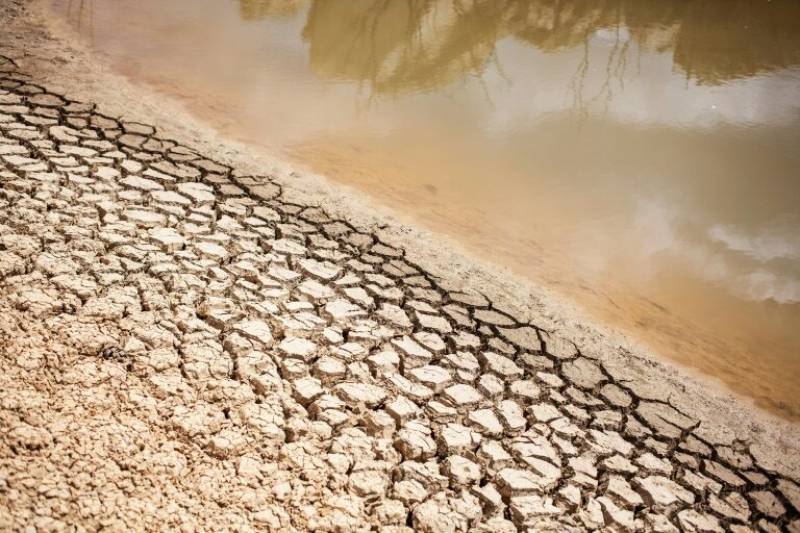 Found underground in cracks in soil, sand and rock, groundwater is the largest useable source of freshwater on the planet and more than two billion people rely on it to drink or irrigate crops.

It is slowly replenished through rainfall -- a process is known as recharge -- and discharges into lakes, rivers or oceans to maintain an overall balance between water in and water out.

Groundwater reserves are already under pressure as the global population explodes and crop production rises in lockstep.

But the extreme weather events such as drought and record rainfall -- both made worse by our heating planet -- could have another long-lasting impact on how quickly reserves replenish, according to a study published in Nature Climate Change.

An international team of researchers used computer modelling of groundwater datasets to put a timescale on how reserves may respond to the changing climate.

"Groundwater is out of sight and out of mind, this massive hidden resource that people don't think about much yet it underpins global food production," said Mark Cuthbert, from Cardiff University's School of Earth and Ocean Sciences.

"The effect we are having now is going to have this really long lag-time in terms of climate change. There's a memory in the system -- and the memory is very large in some places," he told AFP.

Cuthbert and his team found that only half of all groundwater supplies are likely to fully replenish or re-balance within the next 100 years -- potentially leading to shortages in drier areas.

"This could be described as an environmental time bomb because any climate change impacts on recharge occurring now, will only fully impact the baseflow to rivers and wetlands a long time later," Cuthbert said.

The process through which rainwater is filtered through bedrock and accumulated underground can take centuries and varies greatly by region.

The team found that reserves in arid areas took far longer -- several thousand years in some cases -- to respond to alterations in climate than reserves in more humid parts.

"Parts of the groundwater that's underneath the Sahara currently is still responding to climate change from 10,000 years ago when it was much wetter there," Cuthbert said. "We know there are these massive lags."

The team said their research showed one of the "hidden" impacts of climate change and called for immediate action to ensure future generations aren't left high and dry.

"Some parts of the world might get wetter, some might get drier but it's not just the overall amount of rainfall that is important, it is also how intense the rainfall is," Cuthbert added.

"Climate science says that changes in rainfall intensity are very significant for groundwater."