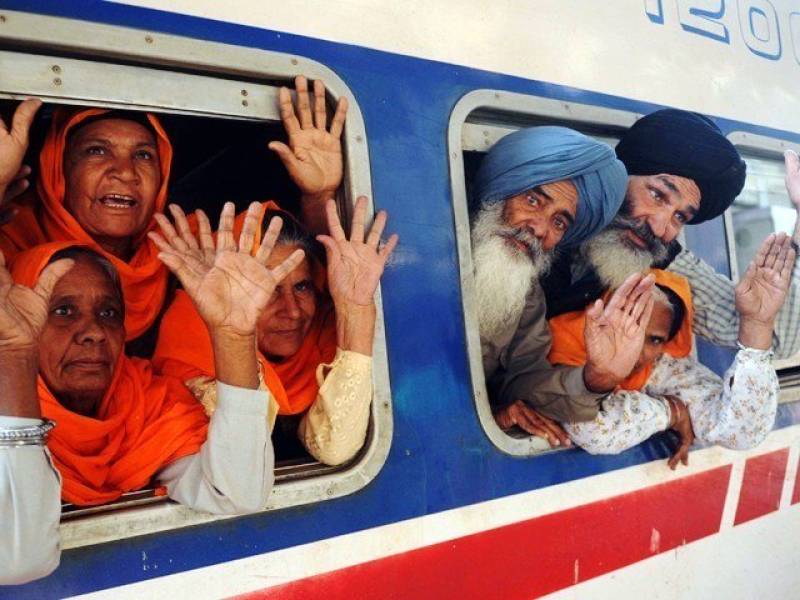 Speaking on the occasion, Secretary Board Tariq Khan said the board had completed all arrangements, including security, accommodation, journey and medical, for Sikh yatrees, adding that a team of expert doctors would remain with yatrees for providing them the best medical facilities.

Party leader of Sikh yatrees Sardar Bilvandar Singh thanked the government and board for receiving them warmly. After their arrival, the Sikh yatrees left for Punja Sahib Hassanabdal where they would stay for three days and perform their rituals.

The yatrees will come to Nankana Sahib on June 23 where they will stay for three days and perform religious activities. After that, they will leave for Sucha Sauda, Farooqabad, for performing their rituals. Then, they will go to Gurdwara Dera Sahib in Lahore on June 26 and would stay.

During a stay in Lahore, the yatrees will visit Gurdwara Rohri Sahib Aimanabad and Darbar Sahib Kirtarpur Narowal.

The main ceremony of an anniversary of Maharaja Ranjeet Singh will be held at Gurdwara Dera Sahib on June 29 in which Indian Sikh and local Sikh community will participate in it. The yatrees will return India on June 30.