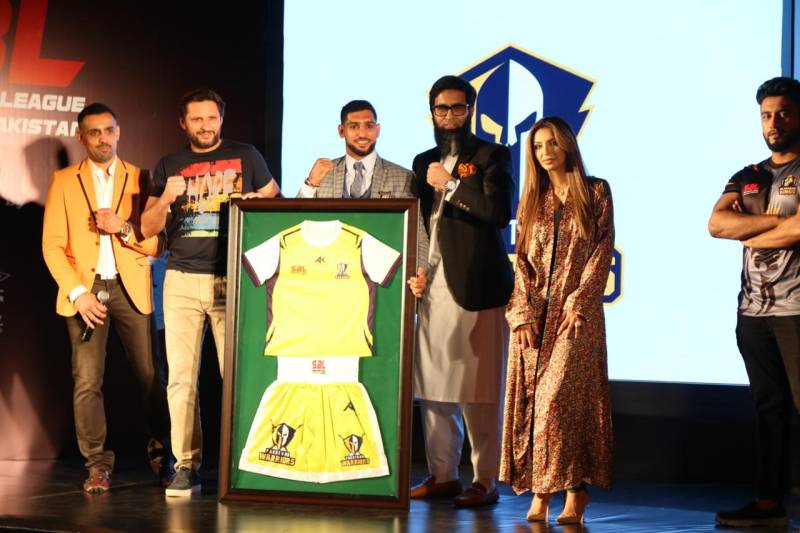 Eight teams,  96 boxers - 10 males & two females are participating in the event.  The teams are named after major cities of the country including Karachi, Lahore, Islamabad, Peshawar, Faisalabad, Multan, Sialkot and Quetta. Each team will comprise 10 males and two females in squad to hold the fort for their respective franchises.

Amir Khan was of the view that he aims to provide the right training to potential boxers which will help in producing more professional world champions.

“I believe Pakistan can produce many Muhammad Alis,” Amir Khan had said in a statement issued with announcement of the league.

Super Boxing League (SBL) Pakistan will be organized in association with Punjab Sports Board (PSB) & World Boxing Council (WBC) from September 28, 2018 to November 03, 2018 at the Amir Khan Boxing Academy Islamabad.

The event will spread over six weeks of adrenaline and pure thrill with league fights.

Each of the six matches will feature five male fights and one female fight ensuring diversity and magnetism of the event is comprehensive.

The league, in its first season, will have a mix of experience and youth with bringing in talent across the Featherweight – 57 kg, Welterweight – 66.7kg, Middleweight – 72.57 kg, Super Middleweight- 76.2 kg, Heavy weight – unlimited and Female super fly – 52.16 kg categories.

For Pakistan, the Live telecast rights will go to the highest bidding broadcaster. While globally, SBL has signed agreements with Fox Network for Asian markets, Tencent – QQ Penguin for China and with Sky Sports for New Zealand providing broadcasting outreach over 900 million homes in more than 50 countries.