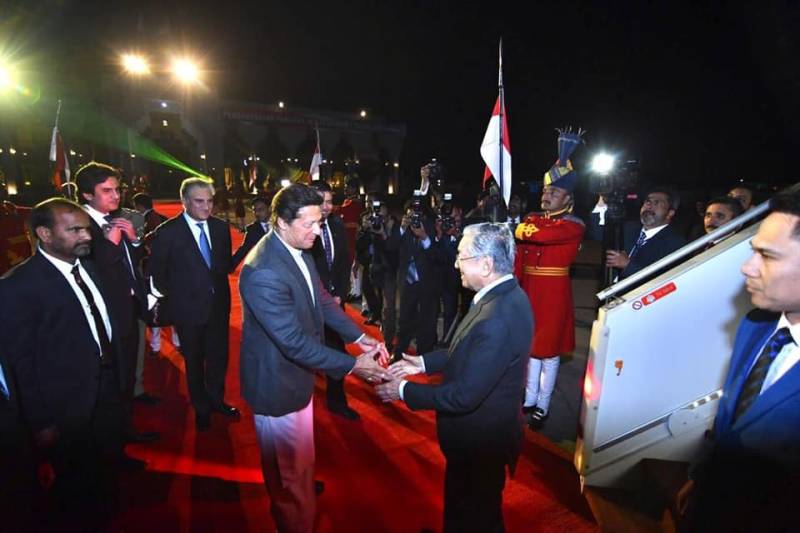 Prime Minister Imran Khan welcomed the Malaysian delegation at the Nur Khan Airbase along with Foreign Minister Shah Mehmood Qureshi. The guest was given 21 gun-salute on his arrival

The Malaysian premier is accompanied by a high-level delegation including several leading businessmen.

During his stay, the Malaysian Prime Minister will be the Guest of Honour at the Pakistan Day Parade on 23rd March before winding up the tour.

Pakistan prepares to welcome its most distinguished guest and friend Dr. Mahathir Mohamad - PM of Malaysia as the Chief Guest at the National Day parade on 23rd March 2019. This marks a historic moment in the relationships between the two Muslim countries. #PakDayParade2019 pic.twitter.com/V6MbsctuB7

The two Prime Ministers will also speak at the Round Table meeting of the CEOs of Industries, who desire to invest in automobile and telecommunication sectors of Pakistan.

Foreign Office Spokesperson Dr Muhammad Faisal, in a statement Wednesday, said the visit of Malaysian leader will further cement the existing brotherly and friendly relations between the two countries. 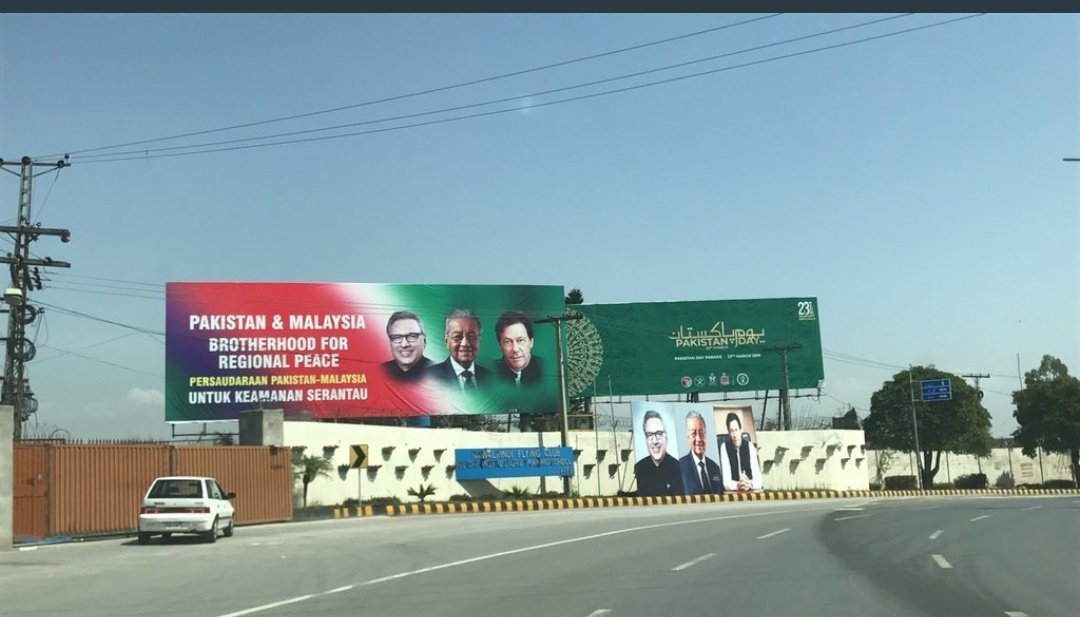 He said the focus of the interest is on enhancing economic, trade, investment, and defence ties, for the mutual benefit of the peoples of the two countries.

Pakistan Day is celebrated on March 23 throughout the country to mark the signing of the Pakistan Resolution by the All India Muslim League in 1940 at Lahore’s Minto Park. The resolution demanded a separate homeland for the Muslims of subcontinent.