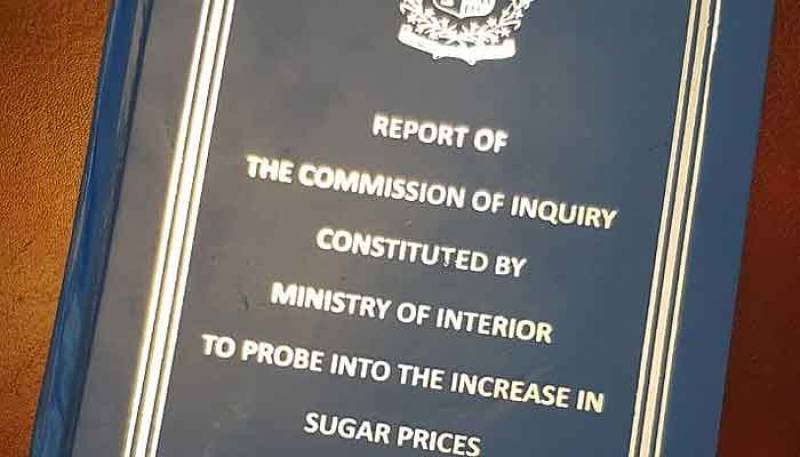 ISLAMABAD - PTI government on Thursday declared the findings of the inquiry report on the sugar crisis public.

According to the report, Prime Minister Imran Khan’s close aides, top PTI, and opposition leaders were founded guilty as the federal cabinet has decided to make the forensic report made public.

The prime minister has fulfilled its another promise as he has ordered to make the report public despite his ministers and party leaders have been named as guilty in the forensic report.

As per local media, Asad Umar, Razzaq Dawood, Jahangir Tareen, Khusro Bakhtiar, Monis Elahi, Salman Shehbaz are among others who have been found guilty.

Later in the day, Shahzad Akbar, special assistant to the prime minister on accountability, held a press conference to unveil the findings.

Sugar consumption in the country is 5.2 million metric tonnes. In the last five years, the sugar industry got Rs29 billion in a subsidy but paid Rs22 billion in income tax as a whole and the refunds they claim were Rs12 billion.

There are 88 sugar mills which got Rs29 billion in subsidies during the last five years, but the net income tax paid by them was Rs10 billion.

Shahzad Akbar said the report explicitly says that sugar mill owners pay the amount to sugarcane growers even less than the support price. In addition, all sugar mills make cuts in the weight of sugarcane from 15 to 30 percent.

Shahzad Akbar said Commission also found irregularities in the form of giving advance payments to farmers in the form of cash or commodity, which is akin to unregulated banking.

It was also found in the report that the total income tax of around 88 sugar mills of the country is ten billion rupees, after getting a tax refund. Shehzad said six big groups of Pakistan have a 51 percent share of the sugar industry.