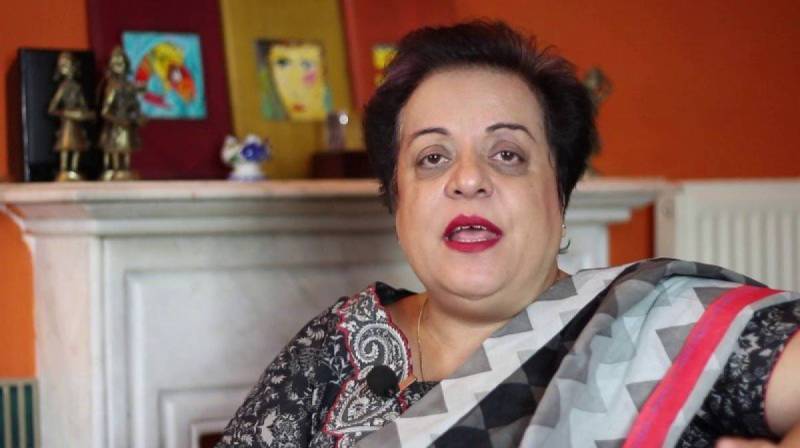 In a tweet on Saturday, her daughter Imaan Zainab Mazari-Hazir shared that her mother was "beaten and taken away by male police officials" of Anti-Corruption Wing Lahore.

Dr. Mazari was picked up outside from her Islamabad house, PTI leader Iftikhar Durani shared while calling on all party workers to reach Kohsaaar Police Station.

In footage doing rounds on the internet, the senior PTI leader can be seen being dragged out of a vehicle by female cops while she resisted. “Don't touch me," Mazari told female police personnel.

Mazari's daughter, Imaan Mazari who is also a lawyer, told local media that her mother was ‘kidnapped’, adding that the family was not informed of anything about the case.

She mentioned that her mother was detained using 'unconstitutional' procedure, adding that she does not have information regarding her mother's whereabouts and she was ‘forcibly disappeared’.

I will not rest and will come after them, Imaan said as she warned the authorities of consequences of the action.

Former ruling party has filed an application with Islamabad High Court (IHC), with its lawyers present at the court presently.

Meanwhile, PTI leaders and activists also flocked to the police station where the former human rights minister was apparently being held.

The arrest of the noted politician was also condemned by PTI leaders. Former premier and Pakistan Tehreek-e-Insaf chief Imran Khan also shared a tweet that stated ‘Our senior party leader Shireen Mazari has reportedly been violently abducted from outside her house by this fascist regime. Shireen is strong and fearless, if the imported govt thinks it can coerce her by this fascism, they have miscalculated!’

Our senior party leader Shireen Mazari has reportedly been violently abducted from outside her house by this fascist regime.

Shireen is strong and fearless, if the imported govt thinks it can coerce her by this fascism, they have miscalculated! 1/2#ReleaseDrMazari

The firebrand politician lambasted the Sharif-led government, saying that his party's movement is completely peaceful but this fascist imported govt wants to push the country towards chaos. As if sending the economy into tailspin wasn't enough, they now want anarchy to avoid elections. Today we will protest and tmrw after CC meeting I’ll announce our Long March’.

ISLAMABAD – Former prime minister Imran Khan has given a call for protest over the arrest of his party leader ...