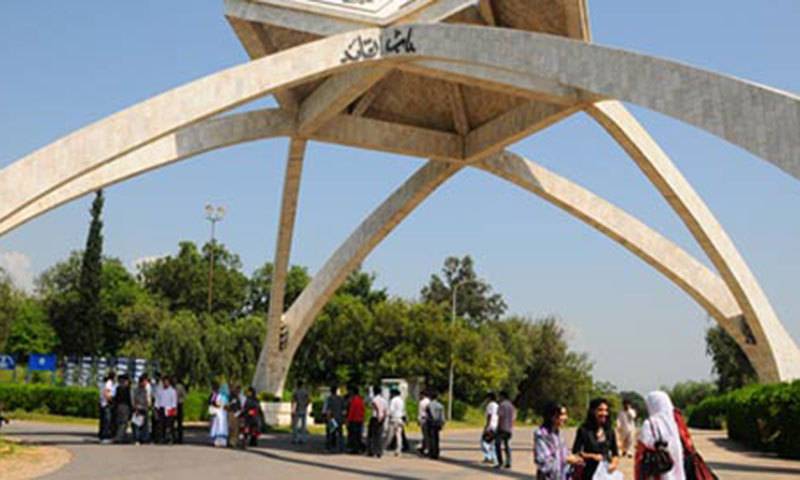 ISLAMABAD - Police have arrested two students of the Quaid-i-Azama University for allegedly supplying drugs at the campus in the capital city.

The suspects named Mohammad Tayab and Adnan Wazir were apprehended on Tuesday during a raid. A team of Secretariat Police also recovered three kilogrammes of hashish and ecstasy pills from their possession.

Police on Tuesday arrested two students who were allegedly involved in supplying drugs at the Quaid-i-Azam University (QAU) campus in Islamabad.

An FIR of the case is yet be registered against the students, who were arrested on information provided by a Nigerian national caught by Islamabad police last month for drug peddling.

On October 23, the Islamabad police arrested three Nigerians near the QAU campus and recovered drugs - 00 grams of heroin, 250g cocaine and 300g marijuana - worth Rs8.5 million from their possession.

They are allegedly involved in supplying s to the students in different educational institutions. The official seized crystal-meth or ice, hashish and heroin from their possession.

SP Investigations Nisar Khan speaking at a press conference said that these suspects named Hashmat Gul and Janisar Ali were involved in supplying drugs on, university campuses and private colleges.