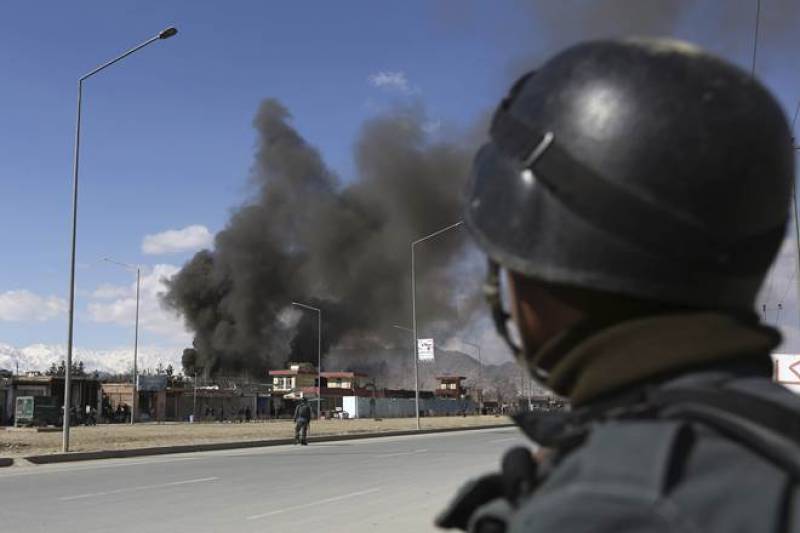 ISLAMABAD – Pakistan has strongly condemned Saturday rocket attacks in Afghan capital resulting in loss of many precious lives and injuries.

"We convey our heartfelt condolences to the families of all those who lost their lives and pray for the early and complete recovery of the injured," Foreign Office spokesperson Zahid Hafeez Chaudhri said in a statement.

He added at a time when international community's efforts towards Afghan peace process were moving forward, it was important to be vigilant against the spoilers who were working to undermine the peace efforts.

"Pakistan reiterates its condemnation of terrorism in all its forms and manifestations. We express our full solidarity and support for Afghanistan and its fraternal people," the spokesperson added.

He once again reiterated Pakistan's condemnation of terrorism in all its forms and manifestations.

The FO statement comes a day after at least 14 rockets landed in near Kabul’s heavily fortified Green Zone where many embassies and international firms are based. The rocket attack coincided with the maiden visit of Pakistan Prime Minister Imran Khan to Afghanistan.

No group immediately claimed responsibility for blasts, which come amid an ongoing wave of violence that has wrought carnage across Afghanistan in recent months.