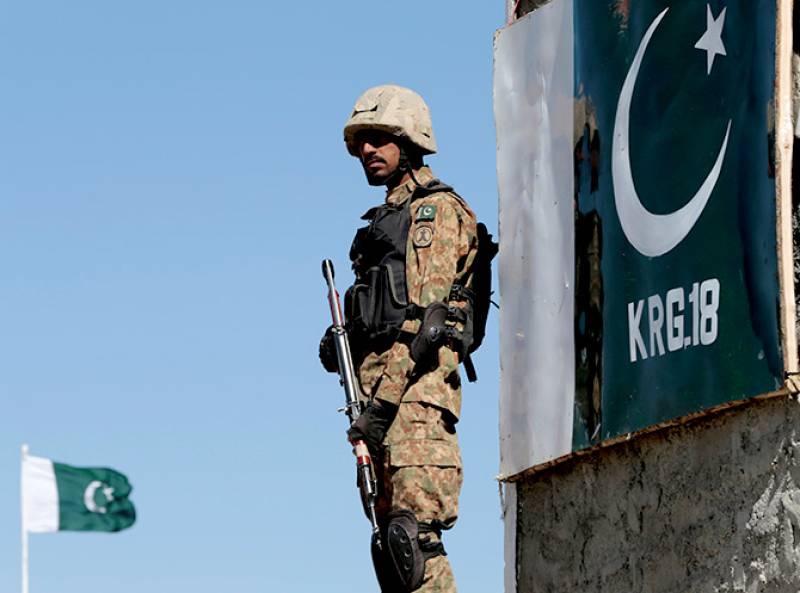 ISLAMABAD – Pakistan has invited the entire diplomatic corps to visit the Line of Control on Tuesday and inspect the areas hit by Indian troops over the weekend.

The Radio Pakistan quoted diplomatic sources as saying that invitations have been extended to heads of missions of all embassies in Islamabad to visit Jura, Shahkot and Nousehri sectors along the LoC and observe the ground situation.

The invitations are extended in response to “a total lie” of the Indian army chief's claim of hitting "terror launch pads" in Azad Kashmir , and Islamabad has summoned Indian Charge de affairs Gaurav Ahluwalia to prove the claim of his army chief before the foreign diplomats. Just a day ago, the Indian diplomat was conveyed a strong protest by the Foreign Office over the unprovoked ceasefire violations.

Indian Embassy has yet not responded to offer made by DG ISPR. It indicates that they have no grounds to support false claim by their COAS. We expect them to respond soon.

“Heinous Indian targeting of civilians is a typical attempt by India to divert international attention from the humanitarian nightmare in IOJ&K [Indian Occupied Jammu and Kashmir],” it added.

As for the targeting of “so-called launchpads”, Pakistan called upon the five permanent United Nations members, or P5, to press New Delhi for proof and concrete information.

Islamabad also conveyed its willingness to arrange a visit of P5 diplomats to the alleged locations “to expose Indian falsehood”.

“The deliberate targeting of civilian populated areas is indeed deplorable and contrary to human dignity, international human rights and humanitarian laws. The ceasefire violations by India are a threat to regional peace and security and may lead to a strategic miscalculation,” the FO statement read.

He also urged the Indian side to permit the United Nations Military Observer Group in India and Pakistan (UNMOGIP) to perform its mandated role as per the UN Security Council resolutions.

Dr Faisal also took to social media to condemn India’s aggression, vowing that “we shall defend ourselves”.

Earlier on Sunday morning, Inter-Services Public Relations (ISPR) Director General Major General Asif Ghafoor took to his official Twitter account to denounce the Indian media for “falsely claiming targeting of alleged camps” in Pakistan , challenging them to “get access to IOJ&K and have [the] moral courage to cover damages caused by Pakistan Army”.

Indian COAS’ statement claiming destruction of 3 alleged camps in AJK is disappointing as he holds a very responsible appointment. There are no camps let alone targeting those. Indian Embassy in Pakistan is welcome to take any foreign diplomat / media to ‘prove’ it on ground.1/2.

“The statement of Indian COAS claiming destruction of three alleged camps in AJK is disappointing as he holds a very responsible position. There are no camps let alone targeting them. The Indian embassy is welcome to take any foreign diplomat/media to prove it on the ground.

“The propensity of false claims by senior Indian military leadership, especially since the Pulwama incident, is detrimental to peace in the region. Such false claims by Indian Army are being made to suit vested interests. This is against professional military ethics.”

RAWALPINDI – A Pakistan Army soldier and three civilians were martyred as the Indian army resorted to ceasefire ...

The situation along the Line of Control, which divides the Himalayan region between Pakistan and India , has turned highly critical due to heavy deployment of Indian troops in the occupied Jammu and Kashmir region since New Delhi revoked Article 370 on Aug 5. The move by hardline BJP, led by Narendra Modi, has sparked protests against Indian brutalities in different parts of the world across the globe, while over 8 million people live under siege till date.