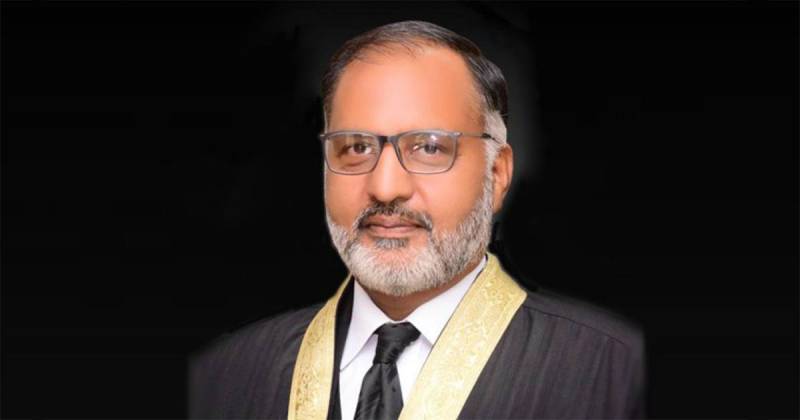 ISLAMABAD - The Suprme Judicial Council has summoned Islamabad High Court's Justice Shaukat Aziz Siddiqui on October 1 in a reference pertaining to his aggressive speech against the country's top spy agency.

A five-member panel of SJC, headed by Chief Justice of Pakistan Mian Saqib Nisar, has directed the firebrand high court judge to appear in person to face the reference against him.

On July 31, the SJC has issued a show cause notice to Justice Siddiqui for one of his speeches with a special reference to the country’s top spy agency, made on June 21.

The notice was issued regarding the address of the honorable judge to the Rawalpindi Bar Association in which Siddiqui had decried the involvement of spy officers in judicial affairs.

ISLAMABAD - The Supreme Judicial Council has issued a show cause notice to Justice Shaukat Siddiqui of Islamabad High ...

In his bombshell address to his junior fellows, Justice Siddiqui alleged that officers of Pakistan’s premier spy agency, the Inter-Services Intelligence (ISI), were directly involved in manipulating the judicial affairs in the country.

“I don’t know what will happen tomorrow but I swear on my mother and this Bar that ISI officials instruct the judges to constitute the bench of their own choice,” the judge claimed.

Justice Siddiqui also made headlines last year when he criticised the armed forces for their role as the “mediator” in the agreement between the government and the protesters of a religious group. A petition against him on his remarks was also filed with the SJC by Jamshed Dasti.

The Islamabad High Court Judge is already facing a probe by the Supreme Judicial Council regarding the expenses incurred on the renovation of official residence.