VIDEO:Farooq Sattar detained by rangers during a live press conference 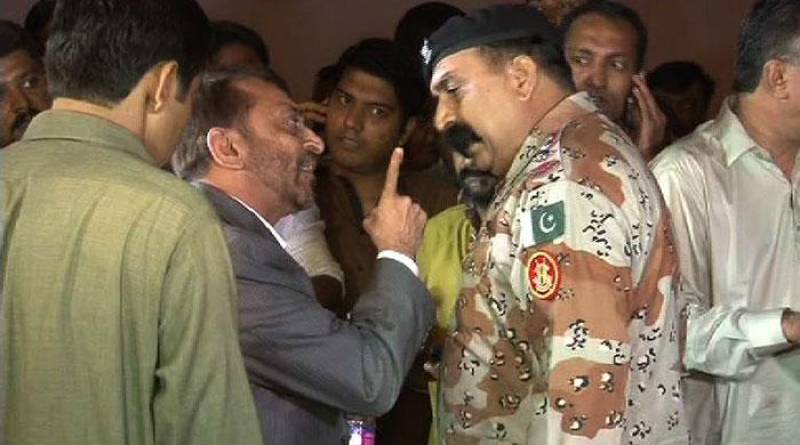 Farooq Sattar and senior leader Khwaja Izhar-ul-Hassan and other party members had arrived at press club to talk to media regarding today's incident.

According to news reports, there was also an exchange of harsh words between Farooq Sattar and ranger personnel.

In an available video, Farooq Sattar has been showed as arguing with rangers to go in his own car, a request which rangers denied.

"I can go in my own car" said Farooq Sattar.

At least one person was dead and several injured after the MQM workers stormed ARY News office in Karachi after the MQM chief Altaf Hussain incited the party workers to encircle and launch an assault against TV stations.