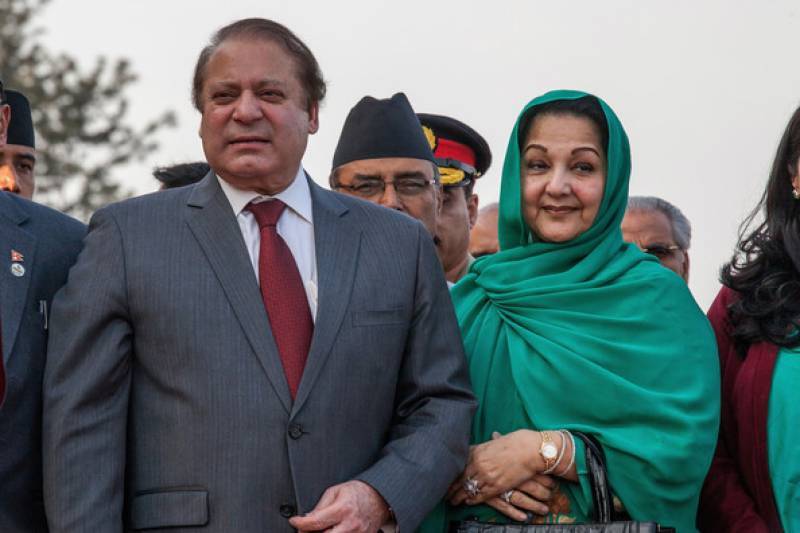 LONDON - Begum Kulsoom Nawaz, the wife of former prime minister Nawaz Sharif, has been diagnosed with throat cancer, her doctor in the United Kingdom confirmed on Tuesday.

The former first lady, who is currently in London, will undergo treatment in the England capital in coming days. Medical experts say her cancer is treatable in its early stages, according to media reports.

There are also reports that Kulsoom will not take part in her election campaign for NA-120 by-poll which is scheduled to take place on Septemeber 17.

LAHORE - Pakistan Tehreek-i-Insaf has challenged the candidacy of Kulsoom Nawaz - former first lady - in the Lahore ...

Kulsoom filed nomination papers for NA-120 after the seat fell vacant following her husband Nawaz Sharif's disqualification to hold office by the Supreme Court on July 28.

Nawaz Sharif had won the seat by a substantial margin in 2013's general elections, defeating Pakistan Tehreek-e-Insaf’s Yasmin Rashid, who is again contesting for the seat this time around.

LAHORE - Former prime minister Nawaz Sharif is set to leave for London on August 24 for a medical check up, local media ...

The former premier's wife suddenly left for London for medical checkups at the time when nomination papers for NA-120 were being scrutinised.

The Lahore High Court Appellate Tribunal, on August 21, rejected all appeals filed against the nomination papers of PML-N candidate Begum Kulsoom Nawaz for the NA-120 by-poll.