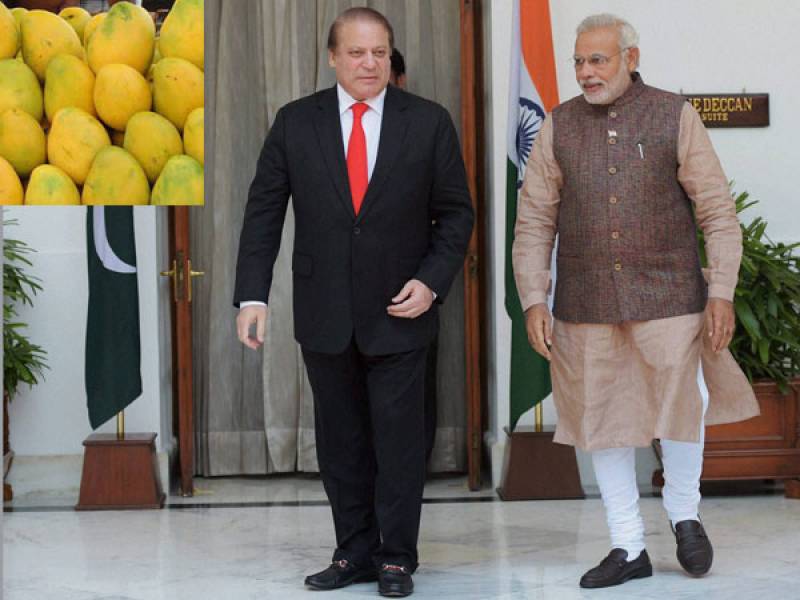 NEW DELHI (Web Desk) - India and Pakistan border guards may have given the customary exchange of sweets on Eid a miss but Prime Minister Nawaz Sharif sent a box of mangoes to his Indian counterpart Narendra Modi, reported Hindustan Times.

Mango diplomacy came in handy the second time. Last year, the fruit, relished equally on both sides of the border, was seen as a peace offering. Mangoes were delivered soon after India called off foreign secretary talks.

Mangoes have been integral to the way Pakistan conducts diplomacy with India. On many occasions, prime minister's predecessors, too, have let the 'king of fruits' do the talking.

President of India  Pranab Mukherjee and Congress chief Sonia Gandhi, too, got a taste of Sharif’s mango diplomacy, as fruit boxes were also delivered at Rashtrapati Bhawan and 10 Janpath.