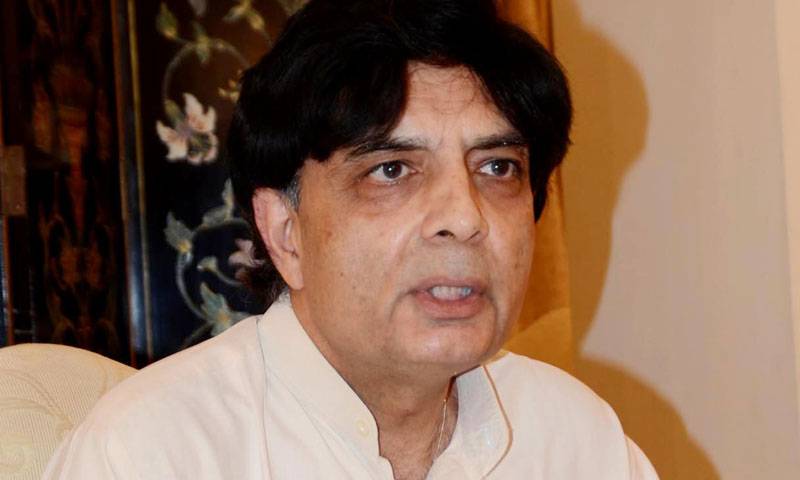 According to local media, Railways Minister Khawaja Saad Rafique and Rana Tanvir approached Nisar at Punjab House on Friday to ask him to attend the high-level meeting, which was headed by Prime Minister Nawaz Sharif after the court reserved verdict in Panama case.

The media quoting sources stated that the interior minister informed them about his reservations, which were accepted by the two leaders. He also informed them that he will not step back from his viewpoint.

Earlier, a news was doing rounds on the media that Nisar had decided to distance himself from the party ending his 32-year-long association, adding that the interior minister will announce the decision on Sunday in a press conference.

However, the spokesperson of the interior minister denied reports regarding leaving the party.

On the other hand, Saad Rafique took to Twitter with confirmation that Chaudhry Nisar will not part ways with the PML-N.

He tweeted, “Chaudhry Nisar was and is with us. And, he will be with us.”