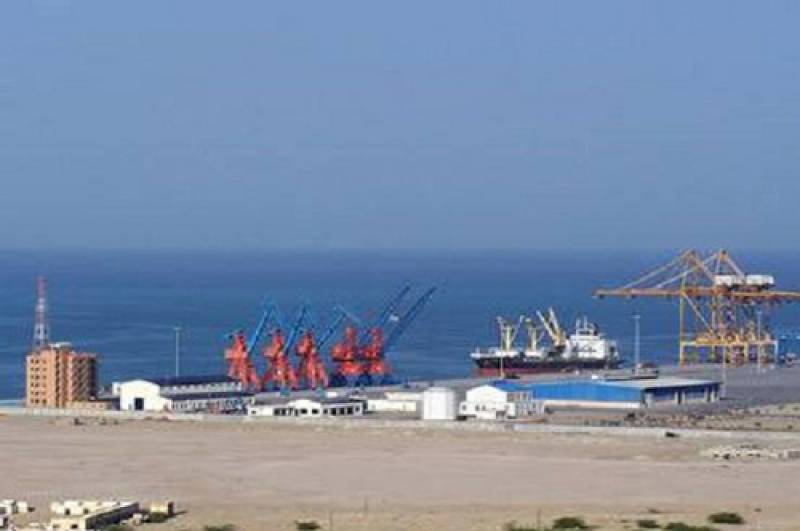 Blue Economy is regarded as the decoupling of socio-economic activities and development from environmental degradation and optimizing the benefits which may be derived from marine resources. The attitude of achieving long-term prosperity by a country or a region befitting the wellbeing of all citizens and mankind preserving the environment, especially the sea is the basis of the Blue Economy. Blue Economy implies the utilization of oceans and the use of its resources for sustainable economic development but at the same time, the concept is novel in Pakistan primarily because of the reason that the country suffers from a kind of sea-blindness—an inability in comprehending and designing a strategic landscape for securing the naval prowess in strategic security and the economic prosperity.

A number of countries in the world are revitalizing Blue Economy as a policy tool or means to drive economic growth and create jobs. Focused on the uplifting economy, the marine industrial activities include construction, transportation, mineral resources development, shipbuilding, communication cable laying, pharmaceutical enterprises, equipment deployment; sustainable energy from waves, currents, seaside leisure tourism, fisheries, and aquaculture. In addition to traditional marine development activities, marine-oriented information and science sectors are playing an increasingly stronger role in boosting blue economy development. The blue economy needs compliance with UN Sustainable Development Goals and with the attribute focused on conserve and sustainably use the oceans, seas, and marine resources. The core is to realize social-economic development and the dynamic balance of resources and the environment. However, it could only be achieved by treating the malady of sea-blindness. One of the primal symptoms of the said malady in Pakistan is the lack of conscientious development pertaining to oceans and failing to take an active role in shaping the oceans as a national interest. The sea-blindness is manifested in a number of policy choices, including the government’s fiscal struggle in allocating funds to the Navy and national maritime policy that has virtually ignored the importance of the seas. Similarly, other factors include a lack of synergy among institutions in underlining and capitalizing on the oceans and the economic growth attained out of it. And above all ironically, environmental threats to the oceans are viewed with much more concern than the economic argument along with an economic base.

Indubitably, we have entered an era of unprecedented change where maritime security should figure prominently in our nation’s security calculus. Unfortunately, Pakistani leadership and policymakers since independence have suffered from sea blindness- remaining oblivious of the crucial role of its oceanic sphere. The land-centric approach has long been entrenched firmly in the minds of our populace. This ignorance on the part of elite decision-makers to foresee Pakistan’s maritime potential speaks volumes of the dearth of vision and will cost us drearily in the decades to come.

Nevertheless, in furthering the potential of Pakistan’s maritime sector, Pakistan Navy has undertaken remarkable initiatives aimed at disseminating knowledge of oceanic affairs. Pakistan Navy has also undergone various meritorious efforts to deal and ward off sea-blindness. In this regard, the maritime Security Workshop (MARSEW) conducted under the auspices of the Pakistan Navy needs a special mention. The Maritime Security Workshop is being held annually since 2017 and is aimed to cultivate the maritime consciousness in the national landscape for our national policy and decision-makers. MARSEW participants include members from politics, bureaucracy, civil and military dignitaries, and media. In consonance of its maritime interests and strategic objectives, Pakistan’s naval force has effectively engaged in soft power diplomatic ventures and has displayed credible and synergetic efforts in the maintenance of peace in the region and beyond. Likewise, other initiatives such as engaging scholars and people of academia in different events of the Pakistan Navy are also a marvel step in remedying the ailing ailment of sea-blindness.

In nutshell, the Blue economy is an increasingly popular concept. The concept seeks to marry ocean-based development opportunities with environmental stewardship and protection, but for the wedlock what necessitates is the warding off of the sea-blindness and striving more towards a coherent policy for modern marine and ocean governance.