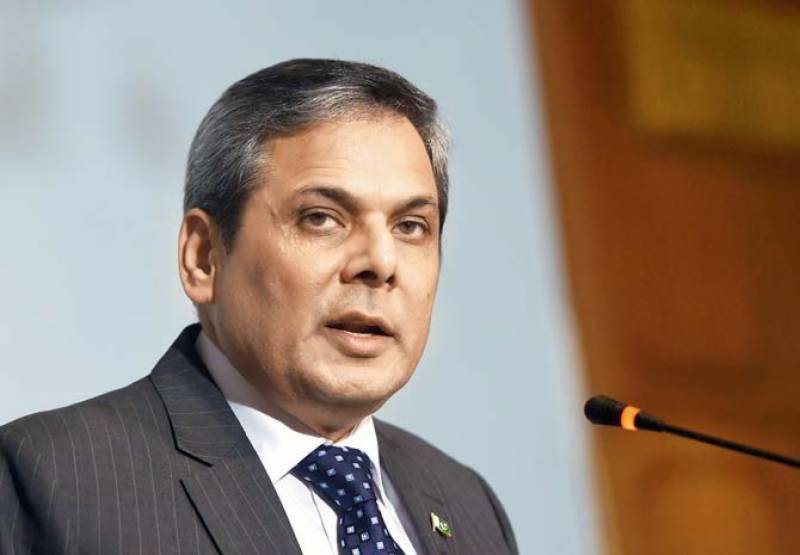 This was stated by Foreign Office Spokesperson Nafees Zakariya at his weekly news briefing in Islamabad today.

He said Pakistan, China and some other countries are cooperating closely for peace and reconciliation in Afghanistan.

Nafees Zakariya said during the visit both sides will also review bilateral relations.

When asked about the Afghan opposition to fencing along the border, the spokesperson noted that effective border management is necessary to stem the cross-border movement of terrorists and facilitate the movement of people and trade goods.

In addition, he said Pakistan is carrying out the fencing on its side of the border.

To a question, the spokesperson said that there had been visits from Pakistan to Afghanistan in the recent past including that of the parliamentary delegation.

He said the prime minister and the Afghan president during their meeting on the sidelines of SCO Summit had also agreed to use the Quadrilateral Coordination Group and bilateral channels to promote peace and reconciliation in Afghanistan.

He said we will, therefore, welcome visits from Afghan side.

Responding to a question that the US reportedly plans to review its policy towards Pakistan, the spokesperson said Pakistan attaches great importance to its relations with the United States which are longstanding.

He said we believe continued cooperation between the two countries is critical for promoting peace and security in the region and beyond. He said Pakistan is carrying out operations against terrorists without any discrimination.

These operations are driven by the national interests. He said the country will not allow its land used against any other country.

He said Pakistan's position on US drone strikes is very clear. He said these attacks are counterproductive and amount to the violation of Pakistan's sovereignty.

Briefing about the latest situation in occupied Kashmir, Nafees Zakariya said Adviser on Foreign Affairs Sartaj Aziz has written letters to the UN Secretary General, the president of the UNSC and the OIC secretary general to update them about the gross human rights violations in the held valley.

He said the United Nations has a responsibility to resolve this long-standing dispute which is on its agenda since long. He said Pakistan always welcomes mediation offers for the resolution of this internationally recognised dispute.

When asked about the recent Indian army chief's statement that the Indian troops care for human rights in Kashmir, the spokesperson said such claims need to be seen in the light of the ground situation.

He said about two hundred and fifty innocent Kashmiri people have been killed since last July while thousands of others have been injured.

Hundreds of women have also been dishonoured. He said the Indian troops are committing atrocities in the valley without any impunity.

He said the international community has also raised serious concerns over the situation in occupied Kashmir.

He said the Organization of Islamic Cooperation has always supported the just cause of Kashmiri people.

It has always emphasised the need for resolution of the dispute in accordance with the UNSC resolutions.

He said Pakistan calls upon the international community including its brothers in OIC to impress upon India to stop brutalities in the valley.