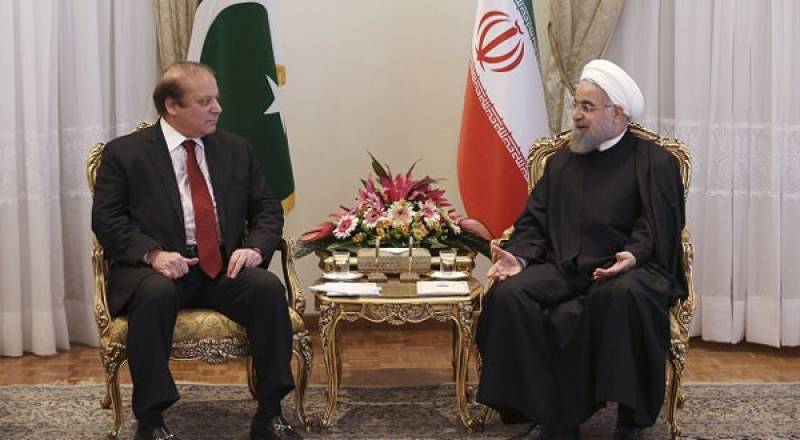 According to officials, Rouhani will hold meetings with Prime Minister Nawaz Sharif, President Mamnoon Hussain, Chief of Army Staff General Raheel Sharif and other top level dignitaries during the visit.

From Pakistan Iranian President will head to Iraq and then Austria on the following days, a statement issued by Tehran said. The visits will mainly focus on reestablishment of economic ties with Europe, South Asia and Middle East at the same time.

During Pakistan trip, Hassan Rouhani will also urge Prime Minister Nawaz Sharif to resume work on Pakistan-Iran Gas Pipeline project as soon as possible. The project was signed during PPP government, however Sharif government precluded the implementation on this project due to the economic sanction imposed on Iran.

Tehran is eager to implement the project since a nuclear deal has been reached with World Powers and several sanctions have also been lifted.

During the meeting, Prime Minister Nawaz Sharif said that Pakistan greatly values its fraternal ties with Iran and considers it a close friend and a neighbour.

About Rouhani's visit he said that visit would be a great opportunity for us to review the whole range of bilateral relations. He said his government is focused to implement our agenda of achieving regional connectivity for enhanced trade and business cooperation.

Nawaz Sharif emphasized that Pakistan is keen to explore all available business and trade opportunities with Iran.

Earlier, Prime Minister Nawaz Sharif and Chief of Army Staff General Raheel Sharif both visited Tehran in January to defuse the tensions between Iran and Saudi Arabia following an attack on Saudi Embassy in Iranian capital -which had resulted in Saudi Arabia decision to cut off diplomatic ties with Iran.