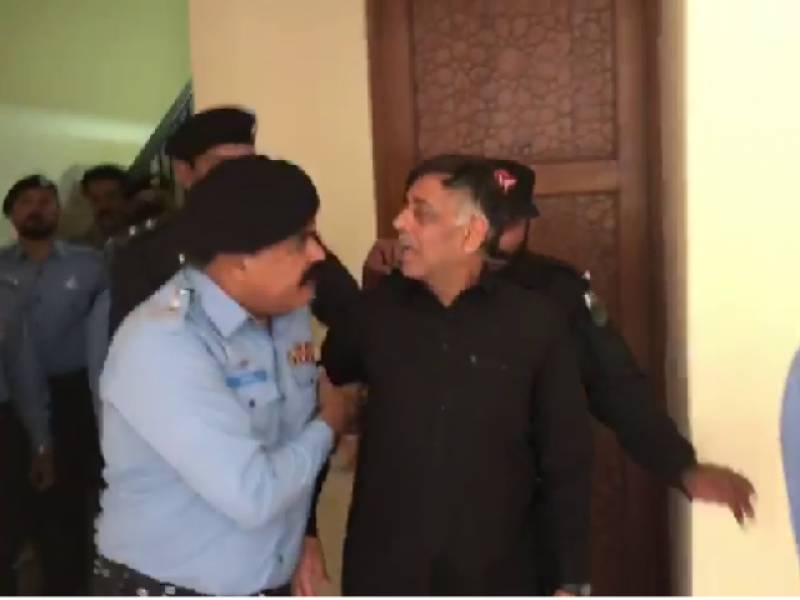 As the court resumed hearing of the case, Investigation Officer Superintendent Police (SP) Malir Abid Kaimkhani submitted a report to the court.

Counsel for former-SSP Malir Rao Anwar, who is the prime suspect in the extrajudicial killing case, asked for time to produce his client. To which, the court ordered to produce the suspect immediately.

Later, the accused was brought to court on an armoured vehicle amid tight security. The court ordered to again produce Anwar before the court on April 21.

Rao Anwar was arrested in Islamabad on Wednesday after Chief Justice of Pakistan Mian Saqib Nisar ordered to arrest him following his appearance in the sou motu case regarding the killing of Naqeebullah.

A three-member bench of the apex court also rejected his protective bail plea and ordered to form a five-member JIT to investigate the case.

The JIT will be headed by Sindh AIG Aftab Pathan will preside over the team, while Zulfiqar Larak, Dr Rizwan, Azad Ahmed Khan and Waliullah will be member of it.

Rao’s counsel requested the court to include officials from intelligence agency in the JIT, but the plea was turned down.