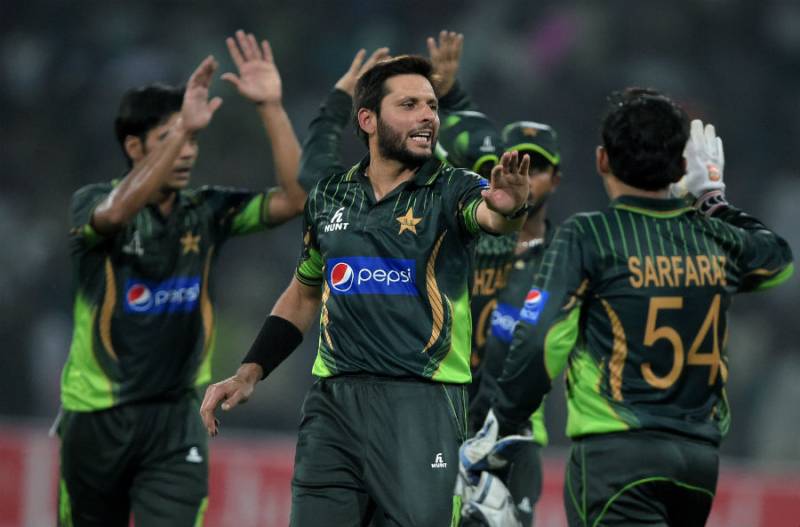 LAHORE (Staff Report) – Pakistan on Friday won the historic T20 match against Zimbabwe by 5 wickets at Lahore’s Gaddafi Stadium that revived International cricket in the country after an unannounced pause of six years.

Pakistan successfully chased the 173 runs target in the final over of inning without facing any considerable hindrance.

The opening batsmen Mukhtar Ahmad and Ahmad Shahzad built the highest opening 142 run partnership for Pakistan when the later was dismissed at 55 runs. Mukhtar was caught out at 83 runs off 45 balls only. Muhamad Hafeez and Shoaib Malik contributed 12 and 7 runs respectively.

Zimbabwe's Cremer picked two wickets whereas Williams, Panyangara and Vitori each got one wicket.

Zimbabwe skipper E Chigumbura decided to bat first after winning the toss at Gaddafi Stadium that was hosting its first ever T20 match.

Zimbabwe is the first test playing cricket nation to Pakistan since Sri Lanka cricket team was attacked by a group of assailants in 2009.

Pakistan will host another T20 match and three ODI matches against Zimbabwe as part of the same tour.