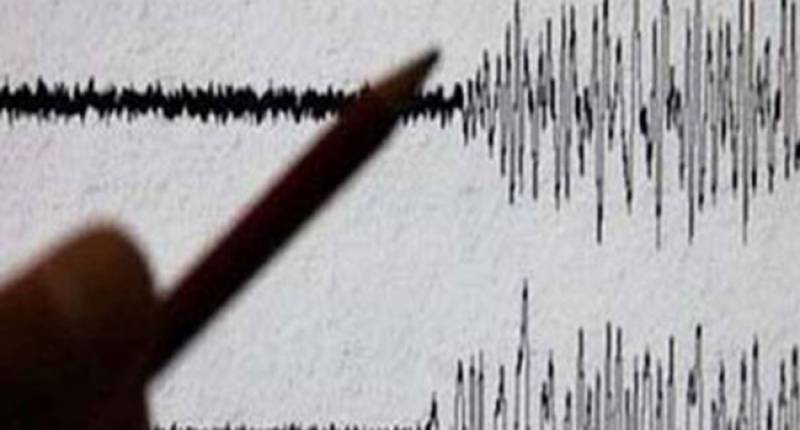 PESHAWAR (Staff Report) - A 6.0 magnitude earthquake has shaken the country, including parts of Khyber Pakhtunkwa, Punjab and Kashmir, stretching to Afghanistan and India.

Depth is 92km while epicentre is reported to be the Hindukush Region.

Read more: Over 255 dead after strongest-ever earthquake in Pakistan

There are no immediate reports of damage or casualties.

According to the US Geological Survey, the epicentre of earthquake was 22km SSW of Ashkasham, Afghanistan and 29km (18mi) SSW of Ishkashim, Tajikistan.

Read more: 10 deadliest earthquakes recorded in the world till date

The depth of earthquake was 92.4 km inside earth and intensity was 5.9 on Richter scale. This was second earthquake that was generated from same place in less than one month.

Fear and panic has gripped the residents, especially in the mountainous regions which received a 7.5 strong earthquake on October 26 - centred in the Hindu Kush, the 800km mountain range that stretches between central Afghanistan and northern Pakistan - leaving more than 300 people dead and over 2,000 injured.