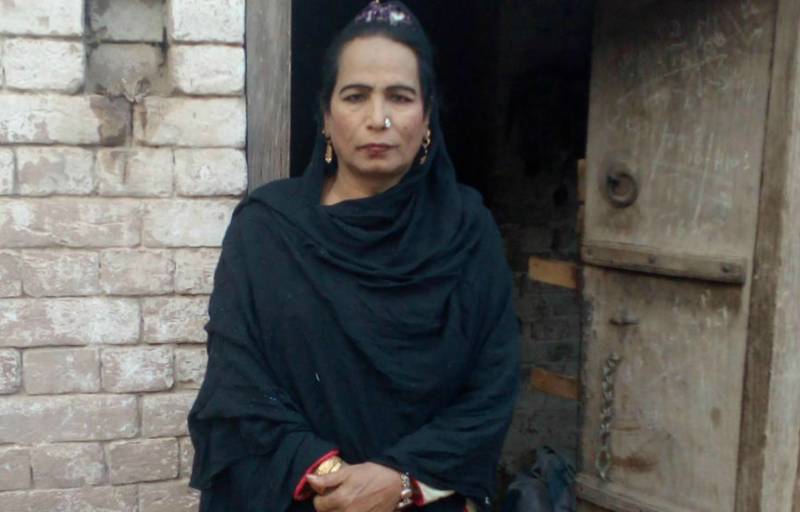 Arif, also known by her stage name Madam Boota, lives in a one-room house and makes her living by performing at birthday and wedding parties in Jhang. But despite having a meagre and miserable existence, this brave transgender has found the courage to address the problems of her town by contesting as an independent candidate for upcoming by-elections.

Her constituency PP-78 Jhang-11 has lately been a focus of much media attention after the constituency was left vacant due to the disqualification of PML (N) MPA Rashida Yaqoob by the Supreme Court after it was revealed that the PML-N candidate had defaulted on a loan.

This constituency which is a stronghold of Ahle Sunnat Wal Jamaat (ASWJ) (the defunct Sipah Sahaba Pakistan), an extremist Islamist organisation in Pakistan had its own candidate Maulana Ludhianvi disqualified by Supreme Court on charges related to hate speech and inciting to sectarian violence. 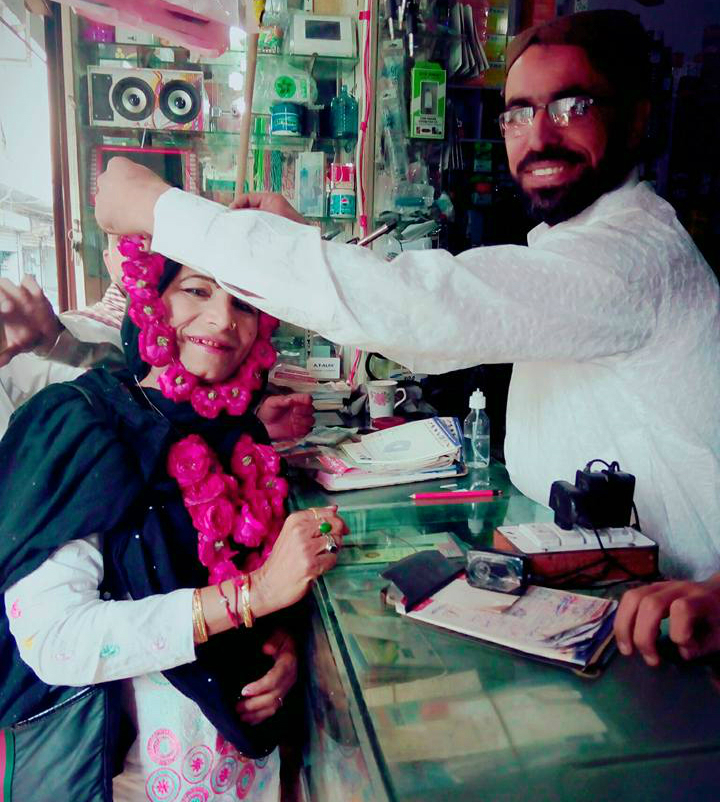 In the chaotic political environment like such, Madam Boota is a source of inspiration for she is actively challenging the tyrannical & bigoted political system which has left her town in ruins. For Madam Boota, the turning point in her life came when she was sexually assaulted one night when she was passing by the Old Jang city area. In the pitch black darkness, she was grabbed from behind by an unknown assailant but was immediately left alone after she cried and shouted for help. 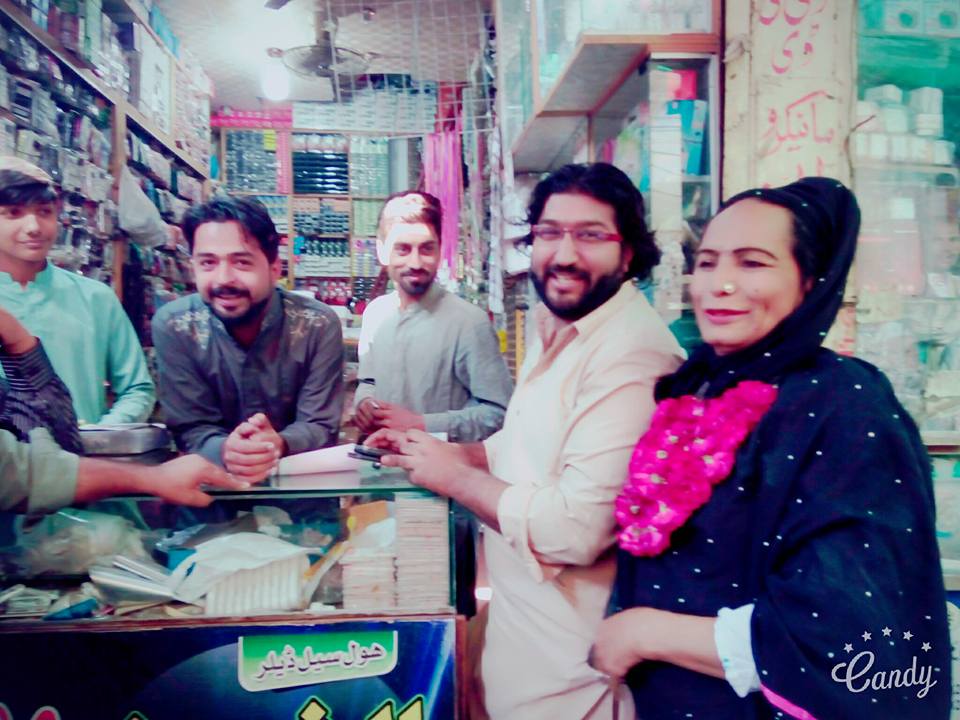 “I am not doing this for power, I live a satisfied life doing the hard labour I do. I am doing this for my people who are left without the basic amenities of life, those facilities that can help lives are now a luxury for them,” Boota asserted.

“Without electricity, clean water and safer streets my people are suffering and to end this suffering I decided to challenge those who have been here in power by running these elections to prove that a transgender cares about these issues more than they do.” She added.

For many cisgender Pakistanis who have grown up in a conservative patriarchal society, Madam Boota is breaking the norm that we all grown up believing in. A society where cursing someone ‘Khusra’ (derogatory Punjabi word for transgender) is deemed as a source of male pride, where a masculinity of one’s character is asserted by mere shaming of another person by simply equating them to a community which though now is in a sad and pathetic state once was worshipped for their alleged supernatural powers and life-giving blessings.

These third gender people, who are neither men nor women for many are just fighting for their human dignity, their right to live a life that is free of sexual violence, extortion or everyday discrimination and taunts. But what we see in Pakistan nowadays is an atmosphere of utter ignorance and despair when it comes to transgender rights, because the rising tide of extremism is now engulfing the harmless and innocent transgender people of my country. 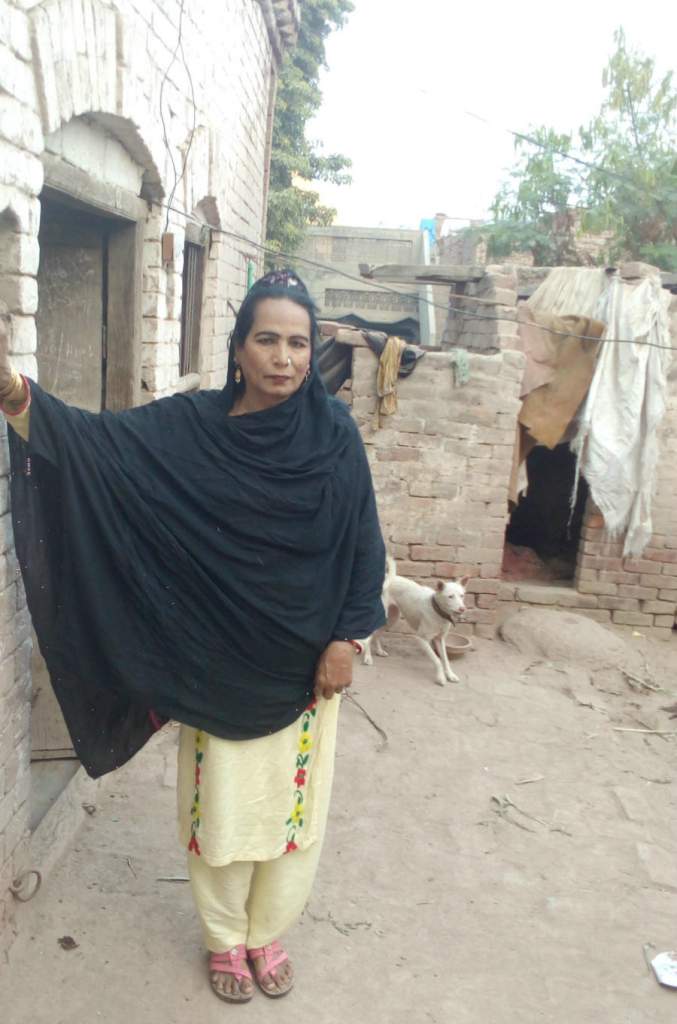 What I see now is a society that has grown so intolerant of a community which was always an integral part of its culture, I see scores of transgenders who are either brutally murdered like trans activist Alesha from Peshawar or publicly thrashed as seen on a viral video from Sialkot.

All this intolerance is a by-product of the indoctrination flourished under the watchful eyes of a sociopolitical system which fuels hatred and disgust for a community widely tormented as sex workers by police, deemed as beggars by the public and ridiculed by children for being men who wear women’s clothes.

There is still some ray of hope left for a community long deprived of jobs, of the right to educate themselves, of the right to live a dignified life; we see brave trans activists like entrepreneurial Bubbli Malik who happens to successfully run a canteen out of National College of Arts in Lahore and talented Kami Choudhary from Karachi who is striving hard to end stigma against transgenders by starring in short films and documentaries dedicated to bringing end to the phobia and raise awareness of her kind.

Madam Boota’s electoral debut proves that there is an urgent need to change societal views and implement policies which end discrimination and brutality against transgenders, for these are talented and courageous people who in defiance of what they suffer are trying hard to make their mark. It’s about time that we give our support for this dear community of ours, simply by helping them help themselves.