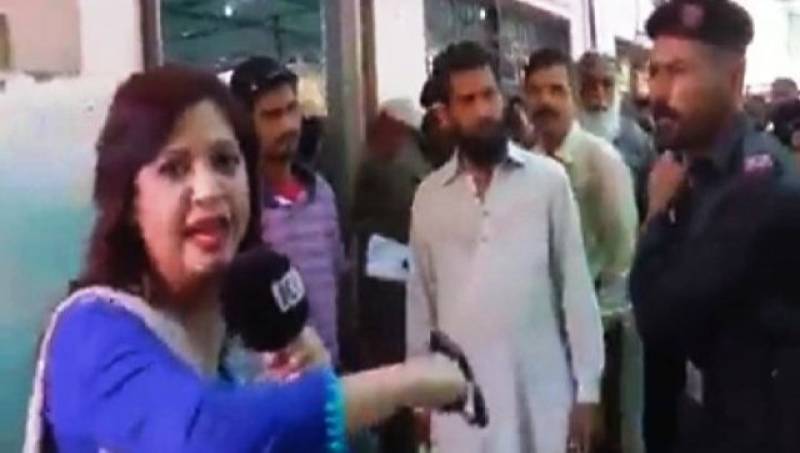 KARACHI – Female anchor of private channel Saima Kanwal and the Frontier Constabulary guard who was caught on camera slapping her at NADRA office has reached an out of court agreement on Saturday.

According to media reports, both parties have decided to withdraw cases against each other.

Anchor Saima Kanwal had registered a case against the FC guard who, while being posted at the NADRA office, had allegedly misbehaved with her before slapping her in the face. The case was registered at the Gulbahar station.

A case against the journalist was also registered by the FC guard for interfering with state matters.