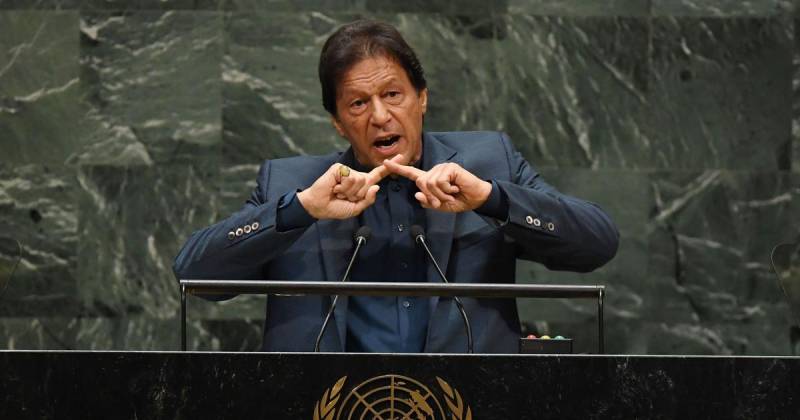 ISLAMABAD – Prime Minister Imran Khan Tuesday cautioned that Afghanistan could descend into a civil war if the Taliban fail to form an inclusive govt in Afghanistan.

Speaking with British national broadcaster, the premier said if the new setup failed to include all the factions, they will gradually descend into a civil war sooner or later, adding that it would again impact the neighboring countries, especially Pakistan.

Khan also added that Pakistan is trying to engage with the Taliban administration for an inclusive Afghan government as there will not be any long-term sustainable peace and stability unless all factions and ethnic groups are represented.

All neighbors will get together and it will be collectively decided regarding recognition of new Afghan government, he said on recognizing the Taliban government.

Mentioning some of the conditions, to recognize the new Taliban government, he said the new leadership should also respect human rights and that Afghanistan should not be used to house terrorists who could threaten Pakistan’s security.

Pakistani Prime Minister Imran Khan has said that any ban on women’s education in Afghanistan would be ...

Meanwhile, PM also called on the international community to give the group more time to Taliban officials. Taliban came into power for few months after twenty years of civil war, he said.

The premier also seems positive about the girl’s education in the new Afghan government. “I think they will allow women to go to school,” he said while adding that it's too early to comment on the matter. “The idea that women should not be educated is just not Islamic. It has nothing to do with religion", he stressed.

The prime minister urged the international community to be patient with the latest change on the Afghan landscape.

Earlier, Prime Minister Imran Khan announced that he had initiated a dialogue with the Taliban for the formation of an inclusive government in Afghanistan.

ISLAMABAD – Prime Minister Imran Khan Saturday announced that he has initiated a dialogue with the Taliban for an ...