FO rejects reports about any Pakistani delegation’s visit to Israel 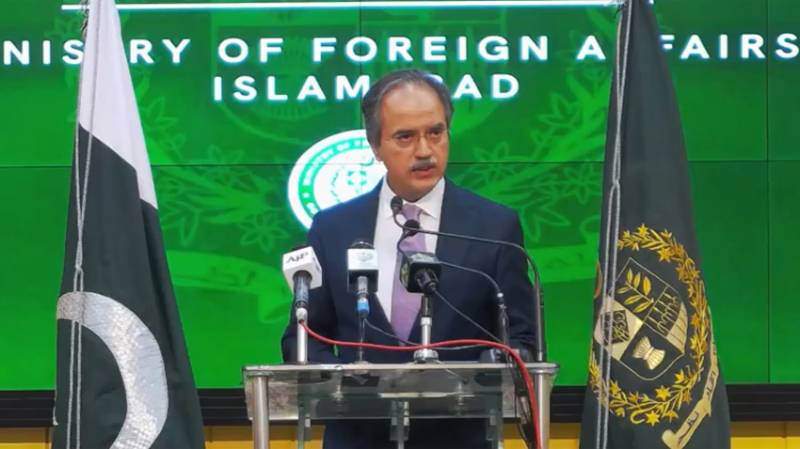 The rebuttal comes after reports emerged that a Pakistani delegation is visiting Israel, which is not recongised by Islamabad as a country due to occupation on Palestinian land.

Reports claimed that a delegation of Pakistani-Americans, including a former government minister, arrived in Israel on Tuesday, adding that former Pakistan Cricket Board (PCB) chairman Naseem Ashraf is part of it.

Responding to media queries, the FO spokesperson said the reported visit in question was organized by a foreign NGO which is not based in Pakistan.

Pakistan’s position on the Palestinian issue is clear and unambiguous. He added that there is no change whatsoever in our policy on which there is complete national consensus, he said.

Asim Iftikhar said Pakistan steadfastly supports the Palestinian people’s inalienable right to self-determination. He said that the establishment of an independent, viable and contiguous Palestinian State with pre-1967 borders and Al-Quds Al-Sharif as its capital, in accordance with the relevant UN and OIC resolutions, is imperative for just and lasting peace in the region.

ISLAMABAD – Pakistan has strongly condemned the storming of courtyards of Al-Aqsa Mosque by Israeli settlers ...