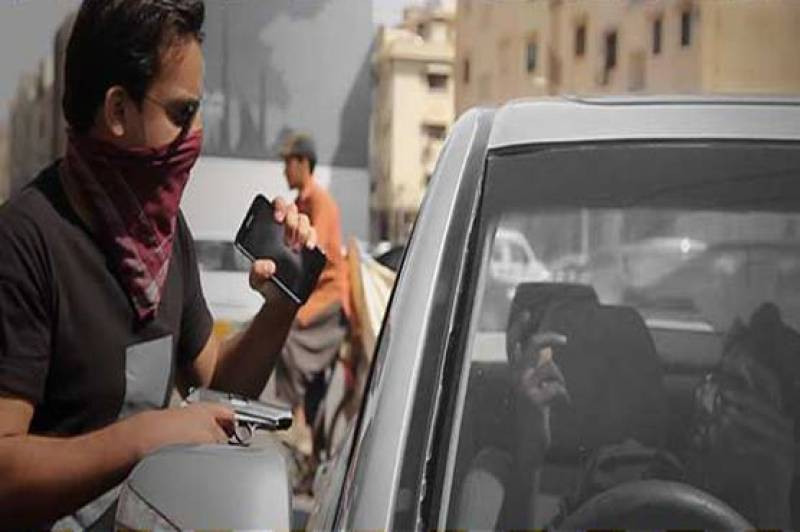 KARACHI - Armed robberies have been plaguing Karachi since years now. Mobile theft on gun point is even more common. And it is not a common sight at all for the victims, especially women to fight back.

Mariam Nadir, a resident of Karachi, recently shared a similar armed mobile theft incident on her social media. But what was interesting to see was that the tables had turned on the robbers towards the end of the post.

Two armed men snatched Mariam's mobile phone on gun point while she was outside her grandfather's house.

What Mariam did next would amuse most of us and cause us to laud her for her courage. Normally one would scream and cry for help. Not this young lady. As she tells her story, she "pressed the accelerator with full force and hit them and kept driving until both of them got crushed under my car."

Mariam continued saying that she then jumped out and "beat the shit out of them one guy ran away with my phone but thanks to the people around who followed him to my identified spots and caught him."

So there were 2 muggers who came to snatch my phone on Gun point while I was parking my car out side my Grand father’s ...

"Moral of the story is don’t poke a girl who is already pissed over something and wouldn’t spare a minute to take her rage out on you," she concluded saying.

Users have appreciated her effort and courage. Some even showed concern for her safety.

Mariam talked to us exclusively and told her point of view.

She said, "People are taking it as an act of stupidity but I want to highlight a few things. I didn’t resist when they came, showed me the gun and asked for phone. I had to give it to them at first. I kept my car slow as they also knew that I was going somewhere and they asked me to be quiet. I kept an eye on the guy who had the gun and my phone until he kept his gun under his pants I didn’t do anything but as he soon as he kept it under his pants, I pressed the accelerator with full force and hit them and kept driving until I made sure they are crushed and then I jumped out of my car to get my fone as the was gun dropped on the road and they were then unarmed."

She continued, "I made sure about the area where I can hit them , I made sure I hit them at the point where they can’t run from .... so as they slowed down their bike to mug another car I hit them with full force."