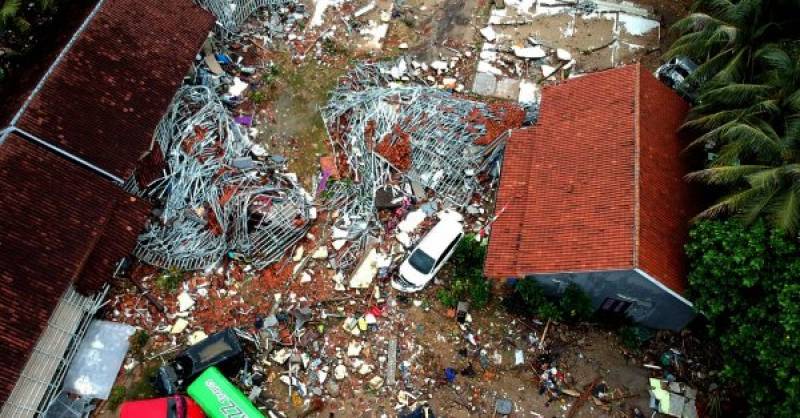 ISLAMABAD – Pakistan on Sunday condoled over the loss of precious lives and injuries to hundreds after a tsunami hit the coastal towns of Sunda Strait of Indonesia.

“Pakistanis stand by their Indonesian brothers in these testing times,” the Foreign Office spokesperson said in a tweet.

Deeply saddened over loss of precious lives, injuries to hundreds in #tsunami in #SundaStrait of #Indonesia. Pakistan stands by their Indonesian bretheren in these testing times.#IndonesiaTsunami @MoFA_Indonesia

A tsunami killed at least 222 people and injured hundreds more on the Indonesian islands of Java and Sumatra following a volcanic eruption, officials and media said on Sunday.

The tsunami injured 843 more as the wave came crashing ashore late Saturday on the eastern side of Java, one of the large islands comprising the country, according to Sutopo Purwo Nugroho, head of public relations for the Indonesian National Disaster Mitigation Agency.

The number of dead and injured are both likely to rise.

Hundreds of homes and other buildings were “heavily damaged” after struck by the tsunami following an underwater landslide believed caused by the erupting Anak Krakatau volcano.