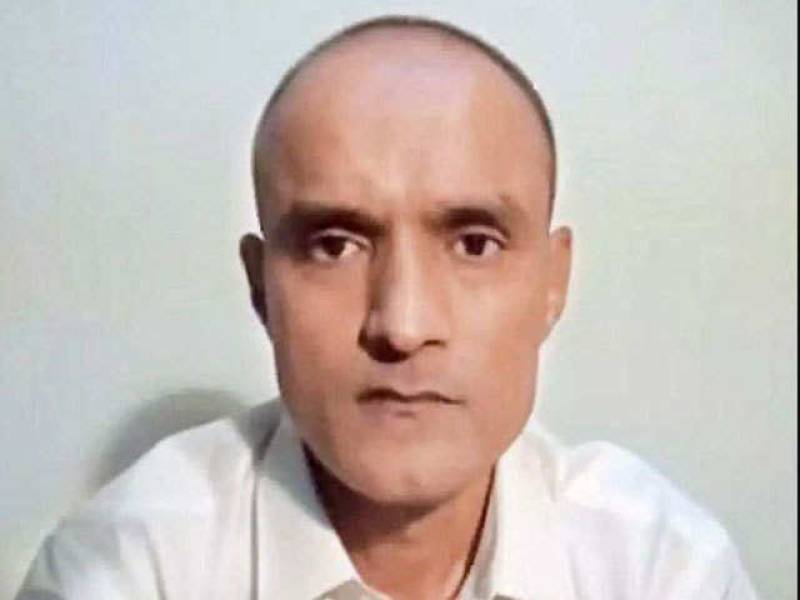 ISLAMABAD – Pakistan on Thursday said it was committed to implementing the July 17 verdict of International Court of Justice (ICJ) regarding provision of consular access to Indian spy Kulbhushan Jadhav.

Foreign Office Spokesperson Ayesha Farooqi at a weekly press briefing here said Pakistan, in the spirit of upholding the ICJ decision, had twice granted consular access to Jadhav besides offering India a third time access to its national.

The FO Spokesperson mentioned that the government had also moved Islamabad High Court to appoint a lawyer for Kulbhushan Jadhav in a bid to give him a fair chance of trial following his death sentence.

Serving Indian Navy Commander Jadhav was arrested from Balochistan in March 2016 and was given death sentence by Pakistan’s Field General Court Marshal on charges of terrorism and espionage on April 10, 2017. The ICJ in its final verdict, after its was approached by India, rejected India’s plea to acquit, release and return Jadhav, however asked Pakistan for an ‘effective review and reconsideration’ of the death sentence.

Farooqui said India, so far, had not yet responded to Pakistan’s offer of third consular access and also a meeting between Jadhav and his father.

The FO spokesperson said President-elect of United Nations General Assembly Ambassador Volkan Bozkir was arriving in Islamabad on Monday. On situation in Indian Occupied Jammu and Kashmir, Aisha Farooqui said 353 days had passed since the illegal and unilateral actions taken by India to annex an internationally recognized disputed territory.

She mentioned that brutalization and subjugation of innocent people in the Indian occupied Jammu and Kashmir continued unabated along with fake encounters and phony cordon and search operations. She mentioned that frequent ceasefire violations on the Line of Control and the Working Boundary targeting civilian populated areas with artillery fire, heavy-caliber mortars and automatic weapons.

This year alone, India has committed 1732 ceasefire violations resulting in 14 martyrdoms and serious injuries to 134 civilians. She said Pakistan had always urged that independent human rights observers, and international media be permitted to get a first hand view of the situation in the IOJK and along the LoC.  “Pakistan has consistently called upon India to allow UN Military Observer Group for India and Pakistan (UNMOGIP) access into IOJK in order to fully discharge its mandate given by the UN Security Council,” she said.

The FO Spokesperson said for its part, Pakistan always provided unfettered access not only to UNMOGIP but to international media and independent observers.

She mentioned that on Wednesday, once again representatives from diverse international media outlets visited the LoC in the Chrikot Sector and witnessed for themselves the destruction and injuries caused to civilian population along the LoC.  “They also witnessed the multi-layered surveillance and defence system along the LoC erected by India which completely negates the hollow allegations by senior most military and civilian officials of India and the constant propaganda by the Indian media against Pakistan on cross-border infiltration and the so-called launch pads,” she added.

She said Pakistan’s position on Palestine was principled and remained the same.

The FO Spokesperson said Pakistan had invited Afghanistan’s Chief Executive Officer Abdullah Abdullah for a visit, the details of which would be released soon. She mentioned that on July 14, Afghan National Forces fired shells towards Pakistan and also shelled Mohmand and Bajaur again on July 15, causing loss of lives. She said Pakistan was not using artillery and mortars on the Afghan border as a matter of policy. She said Pakistan supported Libya’s national integrity and sovereignty and desired resolution of the issue in accordance with the UN resolutions.