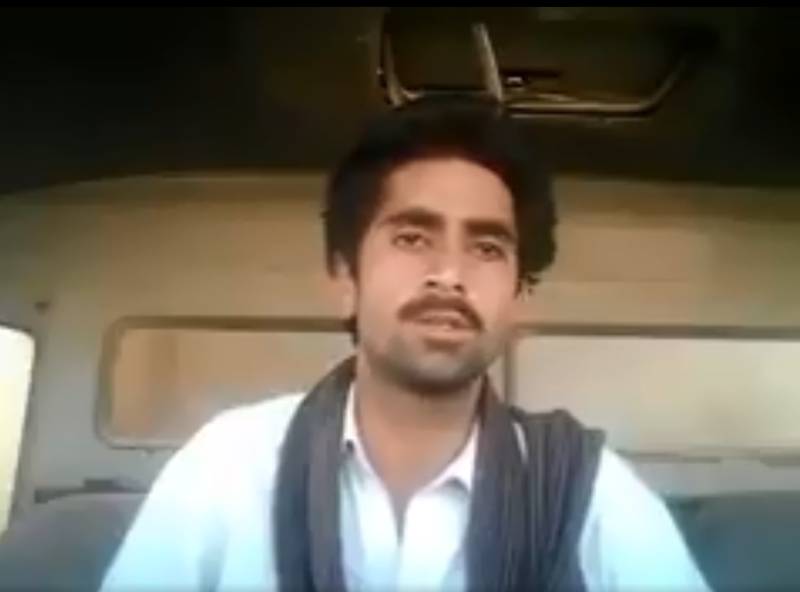 DERA GHAZI KHAN - A young boy, who had grilled former Pakistan Muslim League Nawaz lawmaker Jamal Legahri, has released a video message reiterating that nothing substantial had been done by the fuedal lord in the area.

Saifuddin, who shot to fame for asking tough questions to the chieftain of Leghari tribe, asserted in his message that Legharis had done nothing to improve the condition of the area.

He questioned the efficacy of the former lawmaker and also alleged that they were involved in illegal grabbing of land.

The young boy asserted that many rebels will surface in the run up to next polls, adding that he will not tell a lie about the performance of the top political guns.

The video comes on the heels of clarification by Leghari who assured security to Saifuddin and highlighted the development work carried out in the area.

Leghari, a former member of Punjab Assembly, was rounded up by voters a few days back, who cast doubts about his performance and absence as a lawmaker.

A day earlier, Daily Ausaf had reported that an FIR had been registered against Saifuddin for confronting the all-powerful Leghari bigwig.

Not only Leghari faced the wrath of his people, Sardar Jan mazari and Pakistan Peoples Party leader Sohail Anwar Siyal was also grilled by the voters, the videos of which are stumping the internet and are termed as 'winds of change'.