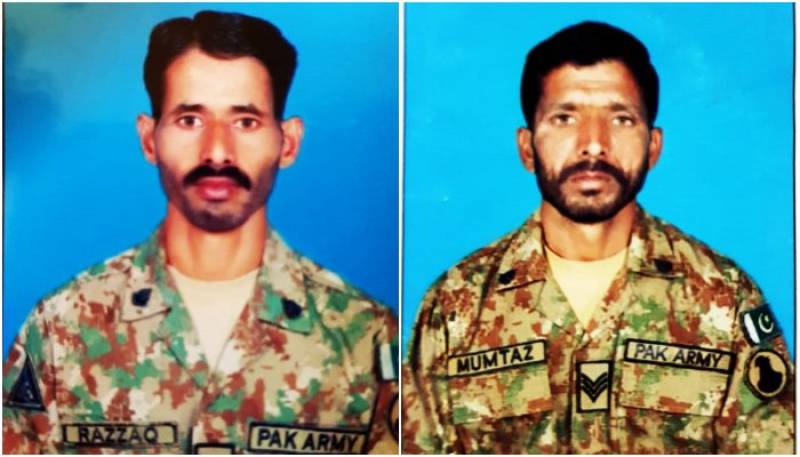 PESHAWAR -  Two soldiers were martyred while six terrorists were killed in a high-profile intelligence-based operation (IBO) in South Waziristan on Saturday.

According to a communique issued by the Inter-Services Public Relations, security forces conducted the successful operation in the village of Spina Mela near Ladha, South Waziristan as part of Operation Radd-ul-Fasaad.

The operation was launched on reports of presence of a few terrorists who had entered the area morphed into returning TDPs [temporarily displaced persons], the ISPR said.

Following an exchange of heavy fire, six terrorists were gunned down, including high-value target terrorist Nanakar involved in killing of local population and Maliks.

The military's media wing stated that Havaldar Razzaq Khan and Havaldar Mumtaz Hussain embraced martyrdom during the exchange of fire.

The troops also seized weapons and ammunition along with communication sets through which terrorists were in communication with their handlers across the border in Afghan province of Paktia, the statement added.