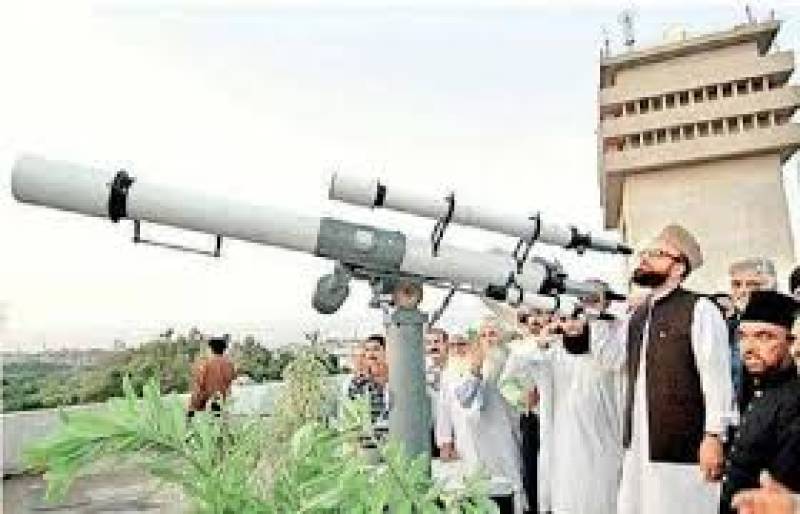 KARACHI - Chairman of the Central Ruet-e-Hilal Committee Mufti Muneeb-ur-Rahman will chair meeting in Karachi today (Saturday) for the sighting of the Moon of Shawwal-ul-Mukarram 1441 Hijri or otherwise.

According to media details, the meetings of Zonal and district Ruet-e-Hilal Committees in their respective areas will also be held for collecting evidences in respect of sighting or otherwise of the Moon.

Previously, the Meteorological Department has forecast that the ongoing Holy month of Ramazan will complete 30 days, adding that Eid-ul-Fitr likely to fall on May 25.

The Met Department forecast came after the Ministry of Science and Technology and the Ruet-e-Hilal Committee had come face to face on this important issue.

According to the Met Department, the month of Ramazan could last for 30 days. The moon of Shawwal is likely to appear on May 24 instead of May 23. Thus, Eid-ul-Fitr will be celebrated across the country on May 25.

Previously, Minister for Science and Technology Fawad Chaudhry has claimed that the Shawwal moon will appear on May 23, which has triggered a debate between national institutions on regarding appearing of the moon of Eid-ul-Fitr.

Like many other countries Pakistan will celebrate Eid-ul-Fitr on Sunday (May 24), Fawad Chaudhry claimed on Thursday in a private TV talk show.

He said that this year Eid will be celebrated across the country according to the calendar prepared by the science ministry.

Meanwhile, Saudi Arabia will celebrate Eid-ul-Fitr tomorrow (Sunday) as Shawwal moon has not been sighted in the Kingdom.