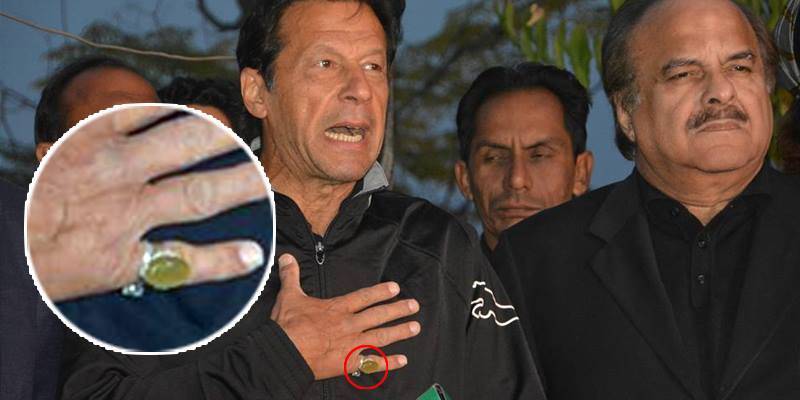 ISLAMABAD - Chairman Pakistan Tehreek-e-Insaf Imran Khan is currently wearing an extra ring on his little finger reportedly in a bid to bag victory regarding  Panama Leaks on the advice of his spiritual healer.

According to a report by Dunya News, PTI chairman who just returned from London wore an extra ring on his little finger of right hand for triumph regarding the Panama Leaks case currently under investigation by the Supreme Court of Pakistan.

Sources close to PTI supremo expressed that Imran's spiritual healer handed over the ring to him. It is worth mentioning that the law maker earlier wore a ring for the success of his political stint however, an extra ring is reportedly aimed at Panama Leaks for which the party is facing tough time in apex court.