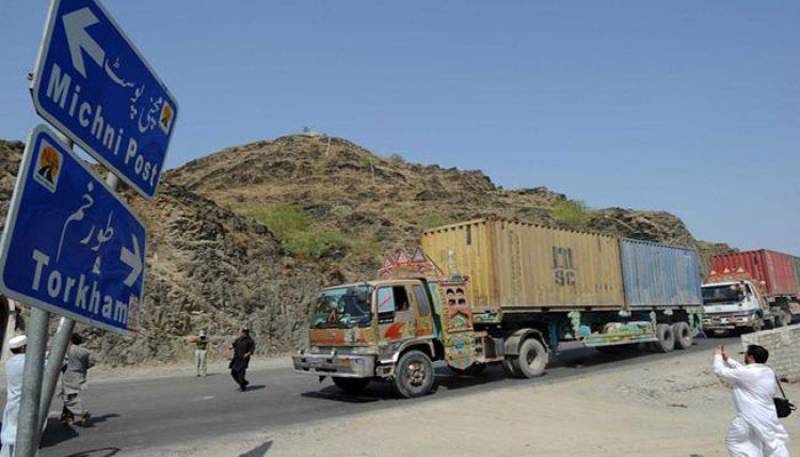 KABUL - In order to get more business for local transport companies, Afghan President Ashraf Ghani has imposed a ban on entry of Pakistani trucks into the country through Torkham and Spin Boldak border crossings.

According to the the Afghan Transport Ministry, the Pakistani trucks will offload the goods at border crossings from where they will be loaded on trucks belong to Afghan-based companies.

“The Afghanistan and Pakistan Trade Agreement (APTA) has expired. Before this Pakistan did not allow Afghan trucks to enter its territory. So we do the same and after this Pakistani trucks will be unloaded at borders and Afghan trucks will carry the goods to Hairatan and Shir Khan ports,” Tolo News quoted Transport Ministry Spokesman Hekmatullah Qawanch as saying.

The ministry's officials are of the view that the people of Afghanistan will have more job opportunities and business of transport companies will grow with this decree.

“Pakistani trucks go to every part of our country, but our trucks are not allowed to enter Pakistan. We want the government to do the same to Pakistan and also help us to be allowed to enter neighbouring countries,” Abdul Rauf, the head of a transport company said.

The ministry also said transit agreements will be inked with Tajikistan, Uzbekistan and Turkmenistan soon under which Afghan trucks will supply the goods to these Central Asian states.