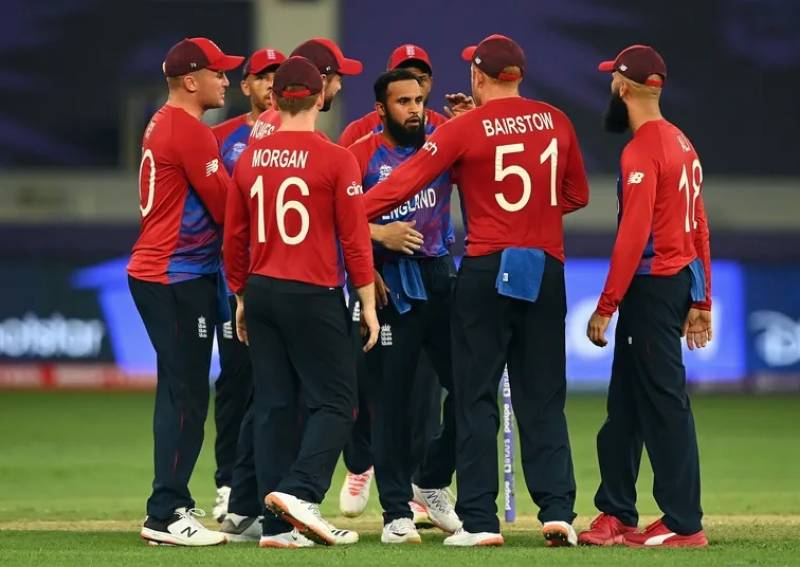 Defending champions West Indies had a shocking start to the T20 World Cup as they were bowled out for just 55 runs in the match against England on Saturday.

England’s Adil Rashid took four wickets while both Tymal Mills and Moeen Ali chipped in with two scalps. No West Indian player could score more than 10 runs except Chris Gayle.

England comfortably chased the target in 8.2 overs despite losing four wickets and made a perfect start to the tournament.

Earlier, two times champions West Indies expressed the hope to raise their game in the 14th match of the ICC T20 World Cup 2021 at Dubai International Cricket Stadium on Saturday.

Most of the players including Keiron Pollard, Andre Russell, and Dwayne Bravo have played on these pitches in the recently concluded Indian league.

Meanwhile, the record of the top-ranked T20 side, England, in T20 internationals is outstanding.

The two teams have met each other on 18 occasions in T20 internationals, of which Windies have won on 11 occasions, while the English team managed to beat them 7 times. Both teams would like to bowl first upon winning the toss.

Pakistan on Monday defeated West Indies by seven wickets in their warm-up match for the ICC Men's T20 World Cup played in Dubai.

Earlier, Pakistan bagged the victory with all-out team efforts as the batting and bowling line displayed impressive performance against West Indies in the warm-up match.

DUBAI – Pakistan on Monday defeated West Indies by seven wickets in their warm-up match for the ICC Men's T20 ...