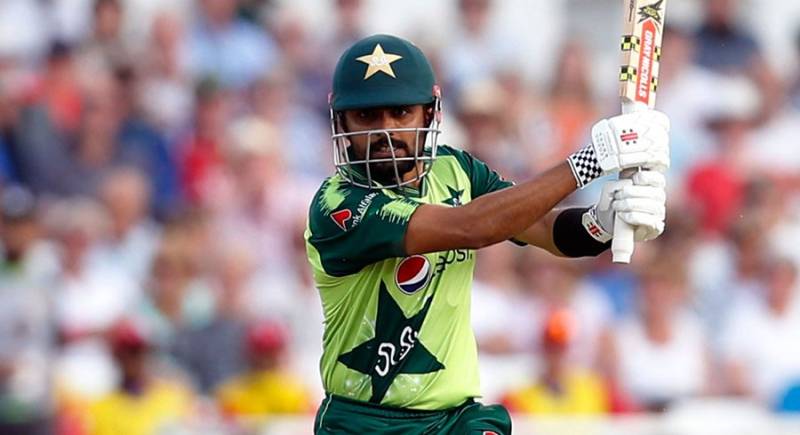 The Green Shirts bagged the victory with all-out team efforts as the batting and bowling line displayed impressive performance.

Fakhar Zaman and Babar made 46 and 50, respectively, while Pakistani bowlers managed to restrict West Indies to 130, an easy target to achieve.

Earlier, West Indies had won the toss and decided to bat first against Pakistan.

The WIndies seemed to regret their decision to bat first as players never looked comfortable while facing the aggressive bowling by Pakistani players.

Afghanistan and South Africa will also lock horns in the warm-up match in Abu Dhabi today. Kiwis will face Australia while India and England will also play the warmup match in Dubai.

These warm-up games promise to be a 'battle before the battle', promising action-packed cricket and anticipation ahead of the Super 12 stage. These matches will be played amongst the top 8 teams till October 20.

Meanwhile, the Pakistan cricket team has been training for the ICC T20 World Cup, with coaching consultants Matthew Hayden and Vernon Philander.

Earlier, the team participated in a training session at the ICC Academy ahead of the tournament.