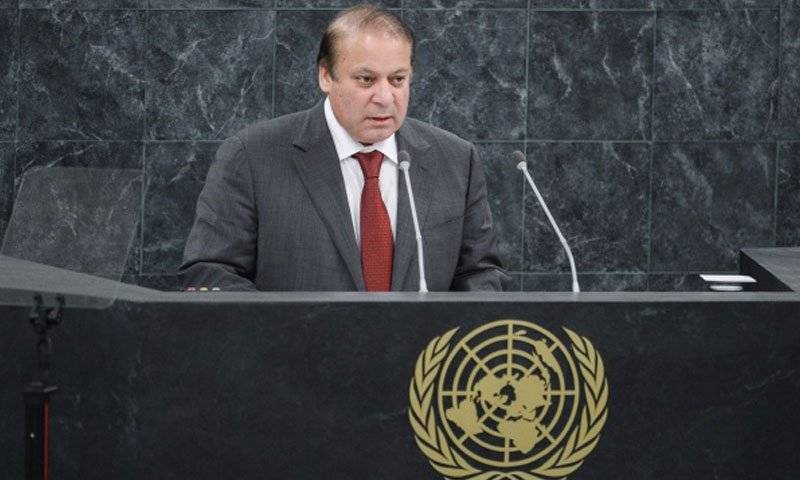 In his speech at UN General Assembly, Prime Minister Nawaz Sharif will discourage the idea of increasing the number of permanent members of UNSC. He will further urge the world leaders to take notice of Indian aggression along Line of Control (LoC) and Sialkot Working Boundary.

Pakistan will once again raise the Kashmir issue at General Assembly session asking implantation on United Nations resolutions about the disputed territory.

The premier will also request the world leaders to push India back to talks with Pakistan. Indian inference into the internal matters of Pakistan will also be part of Prime Minister's address at UNGA.

The top diplomats who were part of the team to finalize the speech of Prime Minister Nawaz Sharif further said that Pakistan is expected to place some suggestions to India for restoration of composite dialogue.

While highlighting the sacrifices of Pakistan in fight against terrorism the prime minister will ask the world to respect the contributions made by Pakistani armed forces.

Afghanistan government will be requested to cooperate with Pakistani government in order to eliminate terrorism. Pakistan will once again offer a hand to Afghan leadership to hold peace talks with Afghan Taliban.

Apart from his address at UNGA, the Prime Minister Nawaz Sharif will also hold meeting with different country heads including Chinese President Xi Jinping on the sidelines of General Assembly.

The officials said no meeting with Indian Prime Minsiter Narendra Modi has been fixed so far. An informal meeting however may take place between both leaders as they would be staying in the same hotel in New York, added officials.